The human brain is quite an organ. As per data collected by Disabled World, the brain is by far the most complex organ. Consisting of over 100 billion nerves, the brain regulates quite a lot of bodily functions. Whether it be coordination or memory, it all comes down to how well your brain works.

Even though every brain has the capacity to do it all, sometimes you need to play your part in making sure your brain works to its maximum potential. A lot of people think that playing games that require extreme thinking and concentration can end up making you smarter.

Can Brain games make you smarter?

Most of us wish to stay young. That doesn’t just boil down to our appearance. Instead, we want our intellect and memory to be as youthful as ever. This is why Brain health companies ranging from Lumosity to Posit Science have been so popular. They deliver games that promise to improve one’s cognitive skills.

But, the question remains, do such brain health games play their part in making you smarter? According to Psychologists, yes, they do! In fact, cognitive training can help improve problem-solving skills as well as memory.

Here are some areas where brain games help:

One shouldn’t take anything at face value. Just because the world says that brain games help make you smarter don’t necessarily mean they will work on you. It is always better to test things for yourself rather than believe the masses.

Here are five games that are usually thought to be great for the brain. Try each of these out and map out your experience. This will help you in getting the answer regarding whether brain games make you smarter or not!

Having a great memory is not synonymous with being smart. Instead, various other elements go into being an intelligent person. One such element is thinking ahead and planning well. This is where strategy comes in.

Apart from brain health games that help test your memory, strategy games are also a great way to make yourself smart. One such game is Moles in Holes. This game is delivered by Unlimited Gamez Mo.

The platform hosts a broad genre of games, ranging from action to strategy. While some games are delivered free of costs, others require you to subscribe to a platform for a small fee.

When it comes to Moles in Holes, the game is available for all to play for free. On the outset, the game is quite simple. All you need to do is find ways that each mole on your screen reaches to its food. What is the catch? None of the moles should cross each other’s paths!

Before you make any move, you need to strategically map out the path you want each of the moles to take. Only then can you emerge as the winner in this game.

See what score you are able to reach in this online game. Then decide whether it has helped your strategic thinking and planning or not!

Fan of the John Wick comics? If so, the chances are that you have already played the various games that have been released under the umbrella of John Wick.

The only good thing about this game isn’t that you get to assume the role of Keanu Reeves. Instead, the first-person shooter game can help you in becoming smarter!

You might be wondering, how can an action game benefit your brain?

Well, this action game has all the right ingredients. It requires strategic planning, swift decision making, and high processing speed. In other words, the game helps you in improving your hand-eye coordination, multitasking ability, and decision-making ability!

When it comes to gameplay and quality of the game, avid gamers will tell you that there are better video games out there. And they might be right as well! There are various aspects where this game fails to leave a mark. But, to exercise the brain, it is still a good option.

At the end of the day, you can’t disregard the importance of memory-related games when it comes to the quest to make your brain smarter. One of the best memory games has to be Sudoku.

This addictive number placement game is all about planning and remembering the right placement. To complete the puzzle, you must always know your trail of consequences. For instance, if you put a given number in a given box, you must then remember what the other boxes should have.

In other words, nothing helps in boosting short term and long term memory like Sudoku. Previously, you could only play the game on paper. However, now, various websites allow you to enjoy the puzzle online.

You can’t talk about brain games and not include platforms like Lumosity. This platform hosts a variety of cognitive and scientific games that help in improving your working memory as well as keeping your brain stimulated.

There is no one game we can recommend within the umbrella of Lumosity. Each of the games offered, plays a role in making individuals smarter and sharper than before. Lumosity app can be downloaded via iOS and android play store, free of cost.

Play the various games available on the platform and watch as your ability to pay attention to the right things increases.

Verdict: Only you can tell us!

Can brain games make you smarter? Generally, consensus and observation are that they do. But, does this mean that this will also apply to you?

We don’t want to take responsibility for this answer! Instead, try out the four games that usually work in making people smarter. See if they are as effective on you as they are on others. Let us know about your experience. 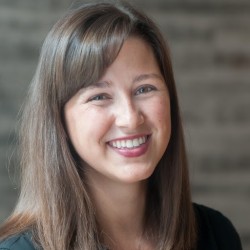 Ashley Rosa
Ashley Rosa is a freelance writer and blogger. As writing is her passion that why she loves to write articles related to the latest trends in technology and sometimes on health-tech as well.She is crazy about chocolates.