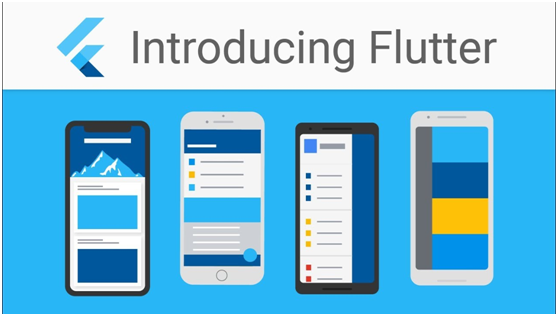 The mobile app dev community is very much interested in Flutter- Google’s latest cross-platform development offering and we are going to discuss it in broader terms for adoption by our readers.

Currently, the market is leaning more towards a powerful user experience-driven development philosophy when it comes to designing apps. One of the obstacles in developing applications has been its division in android and iOS devices.

Both of them don diverse user groups dispersed across the globe. Missing any of them during release can have serious repercussions on the brand experience.

Hence Google came up with its bid in the form of Flutter. Now, you can develop apps simultaneously using it and let this article be your ultimate guide to using Flutter for mobile app development.

When you want to develop a product for two different operating systems, the struggle is often felt in keeping the end results as expected in terms of UI experience, functionalities, source code maturities, and security tests.

Flutter will allow you to write a single source code in Dart (Google’s own object-oriented programming language) and deployment through virtual machines.

Dart was the final choice for Google based on the five major criteria namely Developer productivity, Object orientation, predictable-high performance, and faster allocation. Overall, the thin layer of C/C++ codes contributes to higher approachability towards the system.

The alphabet subsidiary claims that most of the developers be it fresh or seasoned ones, will find Flutter easy-going and powerful at the same time. This results in an exponential increase in the productivity of the dev team and more importantly, a powerful UI experience owing to its all widget approach.

Everything in Flutter becomes a widget, allowing you to control the entire screen area which we will discuss in the technical section below. You get access to open source packages and a free SDK with a modern react inspired framework.

This SDK commands a lot of things under its hood which includes a powerful 2D engine, react framework, large widget library, and APIs to connect with other SDKs.

The dev team gets complete flexibility to develop expressive UI experiences in shorter periods of time. Also, it reduces the total investment made because the same team develops the application for both platforms.

Having said this, the prime reason behind using any cross-platform development toolkit is to rev up agile development. So let us have a look upon the potential benefits for the agile method:

Agile development methodologies require faster SLDCs and STLCs in all stages. The major beneficiaries here are the phases of construction, quality assurance, and deployment which are done with a single effort for both operating systems.

All resultant production deployments are done for both iOS and android to assure lesser time requirement in the entire process without having to manage separate teams to release the app.

Both the front end and back end coding are done in parallel. In the Flutter universe, everything is reduced to widgets, animations, rendering, and gestures; allowing you to use a button as a page and vice versa.

The best thing around remains ‘Hot Reload’ which makes recompiling pretty fast. The source code files are injected into the virtual machines who facilitate the visualization for any code changes in short time frames (<1 for the state of the app and <10 for app structure.) This will save you tonnes of hours while making modifications promptly.

Integration with Firebase, support to multiple IDEs (Integrated Development Environments) which also allows you to use your current one, ability to be used within your pre-existing native apps on both Android and iOS, and control over UI components to differentiate themes for iOS/android are very decent technical advantages that will level up the agile development game.

Flutter APIs like FoundationBuilder, GestureBuilder, FutureBuilder, and AnimationBuilder make everything simple and you can use them extensively once you get familiar with them.

The increase in the budding package library is also gaining momentum which will add to the industry’s willingness to adopt it.

It also provides a testing framework for the SDK with the capability to cover each commit. Quality assurance with native feel is another technical edge for the developers. Releasing updates will turn a lot easier than before because of this feature.

Overall, the technical aspects will create a crisp user experience which will be homogeneous to the native apps.

Upcoming Hummingbird project is another ambitious feather in the cap for this venture since it will allow you to utilize the same source code for mobile, desktop, and browsers to build a seamless developer experience.

Also, this being an open-source project, you can find the entire project on GitHub. The framework only requires a single license but Dart packages may require separate licensing.

However, it isn’t supporting the development of 3D apps but Skia 2D rendering engine is acclaimed by many to be powerful and easy to use. The 3D API could be expected in the far future though.

A quick Summary of the Reasons to use Flutter for your Next Project:

Some of the Popular Apps Developed in Flutter:

This could really be the next thing because of the versatility and ability to solve most of the common problems faced by the business and tech worlds. It will provide an opportunity for smaller organizations to have visibility on both Apple and Android devices without hurting their pockets.

On the other hand, even the large fishes are liking the idea of using Flutter since it also addresses their concerns regarding hefty, decentralized teams. All in all, the prospects seem promising for adopters. 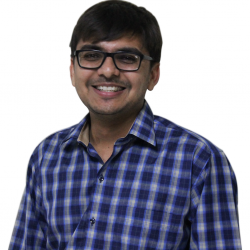 Divyang Metaliya
Divyang Metaliya is a Business Consultant at FactoHR, an India based HR and payroll software solution provider.He is a creative business strategist with more than 8 years of experience.