The Curious Case of Native and React Native App Development

With the expansion of mobile technology, there is a strong urge in the next-gen organization to be on the mobile platform as it gives them a better chance to connect with their audience. 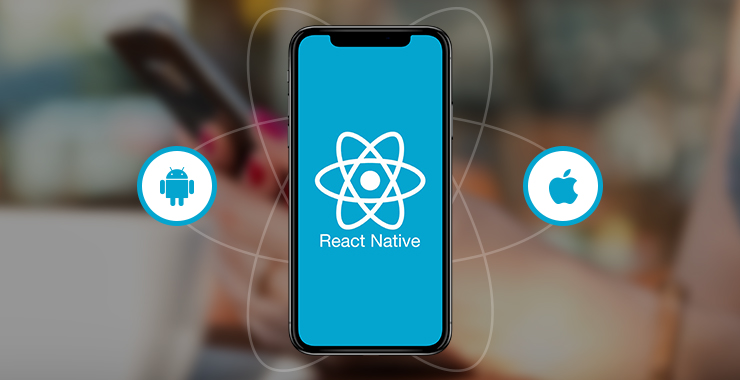 What is Native App Development?

The native mobile application platform is used to develop mobile apps that are designed for a specific mobile operating system (viz. iOS or Android). Keeping in mind the most popular mobile OS, native application for Android is built in Android Studio with Kotlin and Java as the most preferred languages.

On the other hand, for iOS the language that is used is Objective-C and Swift, and the IDE is Xcode. The usage of IDE (Integrated Development Environment) is selectively done for specific mobile operating systems.

What is React Native App Development?

Apart from being an able cross platform app development platform, mobile apps are developed on it without compromising on UX and UI experience.

Moreover, if you are looking for a specific platform, the Native app development platform must be your choice. But before making your choice, it is always advisable to look at both sides of the coin.

Below are the pros and cons of both Native and React Native mobile app development platform that will give you a clearer perspective about the technology.

DO NOT MISS:   Brand Your Ideas Immediately With These Apps

Thus, there is no hurdle, and the app development process can be completed in a very hassle-free manner. As there is no shortage of resources, the app developers can experiment to the fullest and provide the best possible mobile app to the clients.

The environment that the native app development platform provides gives the developers access to APIs and functionality offered by the platform. No extra layer mapping is required for the functionality that is needed and becomes essential to be updated.

This is possible because there is no dependency or restrictions in the native app development platform other than those of the native environment.

The error detection process in the native app development environment is easy and swift, as Android and iOS are strict languages. Thus, there is no chance for error to be hidden or miss the eyes of the mobile app developers.

As Android and iOS are strict languages, they are relatively easy to learn, and with time, the app developers have high chances to get comfortable and use to with the language.

If you are looking for a long term aspect, we advise you to be with and stick to the native app development platform. There might be a counter-argument on the native platforms updating and changing the APIs and language as Apple did when it switches to Objective C to Swift.

You need to code twice

No code can be shared for both the mobile OS platforms, and the mobile apps will differ starkly in functioning on both the platforms. Only the backend, which is, in general, the most significant part of the mobile application, will remain the same.

Pros and Cons of React Native

When you opt to develop your mobile app using React Native app development platform, it takes much lesser time than the native application platform.

React Native can help you to reduce the time of your product development cycle and provide you the much-needed edge over your competitors, as your app will have more time at the app market. The time is less solely because the developers have to build only one mobile app instead of two separately.

DO NOT MISS:   Developing Mobile Apps? Top Trends Ruling in 2018 and Beyond

This is the biggest catch you will get with the react native mobile app development platform. When you are saving a file using a react native platform, the changes are shown immediately on the device even when the mobile app is running. Thus, lesser time is taken to make the changes and implementing the feedbacks.

The same codebase can be used for both iOS and Android platforms when working with React Native app development platform. The mobile application can run distinctly on both the OS platforms, and it becomes easier for the developers as well as they don’t have to learn two different languages and platforms.

As React Native is an open-source platform, there is an opportunity to inspect the code whenever required. With this process, the app developers can get a better idea of the framework, which in result, will allow them to improve the framework, add new features, or fix the bugs and when required.

Apart from not supporting all the APIs, having smaller third party libraries, and uncertainty with respect to long term support, the design aspect of the React Native app development is not very trustworthy.

See, we need to understand that the app design requirements in both the iOS and Android OS platforms are very different. Although you can automatically transform the graphical elements, the placements of the elements might vary a great deal. Since there is no consistency, you need to have a different set of codes to meet the design guidelines of the OS platforms. 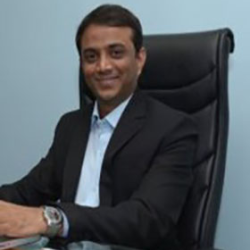 Ashish Parmar
Ashish Parmar is the CEO of Prismetric- one of the reliable mobile app development companies. He is an enthusiastic entrepreneur who is interested in discussing new app ideas and rich gadget tricks and trends. He admires and readily embraces signature tech business styles. He enjoys learning modern app crafting methods and exploring smart technologies and is passionate about writing his thoughts, too.

A decent comparison with great information. Here are the top 8 reasons why you should go for native app development.

Good stuff that sheds much needed light on mobile app development as creation of an app that enables your business to connect and interact with your customers through the medium of a mobile platform. However, the details you mention here would be very much helpful for the beginner. Here is yet another top-notch service provider “X-Byte Enterprise Solutions” who render feasible and credible solutions to global clients that help global brands design and build superior digital products, enabling seamless user experiences across all modern platforms and devices.