The developers have always harbored doubts and skepticism about the cross-platform development frameworks as there was a time when any iOS and Android app development company underestimated their power by opting for the native application instead of hybrid or cross-platform ones.

You can separate the Android and iOS applications by following the cross-development approach which allows you to cut expenses and save time by using the same code across both the platforms.

ReactNative is based on the current popular React.JS library that uses the JavaScript language. It operates with the Javascript written API over traditional native components.

React Native is developed by Facebook to work on different operating systems using a single platform which uses the JavaScript programming language.

Let us look further at key benefits and challenges that come along with React Native while developing a mobile application.

React Native is an excellent tool for improving the JavaScript tools and other programming frameworks such as AngularJS or Xamarin which requires specific knowledge of their inherent syntax. In addition to this, React Native significantly allows you to save time by spending fewer efforts on both coding and the further development of the application.

React Native is popular for its support for Live and Hot Reloading as this tool helps in compiling and reading the file where the developer can make the changes by offering a new file to the stimulator and automatically reading the app from the beginning.

The Hot Reloading is based on the Hot Module Replacement that made its inception after the first reloading process. This tool helps to put the updated files into a specific place even if the application is in running mode.

React Native comes with modular programming that helps to segregate the program functions into various free and interchangeable blocks known as modules. This is a type of software technology that makes flexible development and establishes better coordination to get updates.

Coming with the modular architecture, this helps React Native developers to easily upgrade the applications at a quicker pace and also allows to reuse the modules same as codes for the web to mobile APIs.

The React Native developers can gain a huge advantage in the form of time complexity which is saved by the acceleration of debugging while working with ReactNative. To review the application or make any changes you just need alternation of no more than two seconds as there is no need to upload the updated application to an emulator or physical device each time.

React Native is also known as an open-source JavaScript library rather than just a framework as it also offers a simplified mobile user interface. For instance, if you want to develop an ideal application, it is important to get the right sequence that can also offer more responsive UI designs and reduces the loading time as well.

Without giving a second thought, React Native is considered as the real asset when it comes to improving the performances through native control and modules.

The traditional native components are connected for utilizing both the operating systems using the React Native to generate a code to the native APIs upfront and freely.

#1  Difficult to work for Newbies:

React Native can be a tough stair if you are especially a fresher or new in the app development area. This happens because of the presence of JSX in the JavaScript syntax extension where the HTML elements get combined with JavaScript which can be troublesome for an average learner as it is not easy while comparing to other cross-platform applications.

When working with React Native, many developers swear by the time it takes for initializing the runtime even for the hi-tech gadgets and devices before it can be rendered because of the JavaScript thread which basically requires more time to initialize.

Also, the React Native does not fit in the case of intensive app computation which requires more storage because of the float computations that are dealt in an inefficient manner. Again, the responsibility for this drawback falls on the shoulder of javascript.

As React Native is a JavaScript library and an open-source framework, it definitely creates a gap in security robustness.

For instance, if you are creating banking and financial applications where the data is highly confidential; you need to provide extra security to avoid data leakage. In such situations, usually, the experts advises not to choose React Native.

The language is still under progress as it does lack consistency because of the frequent release of updates which is confusing the developers at times. This is because every time a new update was released the developers have to make a lot of changes for staying upgraded.

The developers also need to write the extra native code for components that are not compatible with the React Native, this requires a little more effort.

We have analyzed all the details related to the advantages and disadvantages of React Native. A huge number of developers are consciously refused to work with this framework after the most famous Facebook problem.

But, on the other side, we would say that it is a more useful framework which is best for its cost and time-saving techniques and adopted by almost every mobile application development company in the domain.

The developers can reuse the codes and modules, offer large community support, live reloading, and stable applications; but, there are some shortcomings as well. However, Facebook has changed its licensing policy to MIT license which arouses a hope to make React Native better and better in the future. 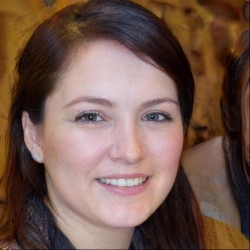 Donna McAllister
Donna McAllister is working at eTatvaSoft.com, a React Native Development company along with mobile application development. An avid reader and a passionate writer, She shared her ideas on path-breaking IT solutions, current IT trends and much more. Understanding how technology affects the world is her subject of interest.