Why Flutter Set a New Benchmark for Mobile App Development?

Flutter changed the narrative for cross-platform app development, a segment currently gaining traction. With many businesses aiming to translate their vision for multiple platforms, you must choose the framework that can speed up development deployment.

Flutter has been on the developer’s favourite framework list for a while now. At least 42% of developers preferred using Flutter app development in 2021 (Statista). In 2020, there were 50k Flutter-based apps in the App store. Alibaba and New York Times are among the popular apps developed using this framework.

What is Flutter Framework?

As a business owner or a potential app owner, your first instinct is to offer an exceptional app experience to your users. However, it is incomplete if your framework cannot justify the demands of the futuristic application.

Google designed Flutter to deliver the next-gen vision. It is an open-source UI framework that allows you to build applications for both iOS and Android. The recent Flutter 3.0 has a stable version of Flutter web and enhanced mobile app development features.

Developed using Dart Engine, it is optimized for Google.

The Future of Cross-platform Apps

Earlier, businesses used to prefer going native-first. They would choose Android or iOS to deliver their first mobile app depending on their budget and reach needs.

Cross-platform solutions brought in the most significant change of delivering for two platforms simultaneously without friction. Uniformity was developed across platforms while ensuring a beautiful interface that enhanced experiences. Customers could see that the same app was available across both platforms and could use them.

This led to an increase in the number of downloads and conversions. Cross-platform allowed users to advocate across multiple platforms and suggest new applications worth trying.

This increased reach and the valuable conversions get businesses perked about trying multi-platform app development. Flutter app developer vouches for the perfection that comes with the framework. This UI framework offers a list of benefits that make app development less tedious and much more productive.

The Top Advantages of Flutter Framework

Check out all the reasons why Flutter is a top-notch framework developed by Google.

It comes with cutting-edge technology, developed using Java and C++. The composing styles include both solid and weak, which makes it suitable for beginners. You don’t need XML records as the Views are produced using Java. Most objects are devised as widgets, which is why the layout for the entire interface is developed using Dart.

The best part about Dart is that you can develop both web and mobile applications using this framework. Compilation and accessibility on the particular device are more accessible with the Dart engine.

When you are developing applications, there is a chance of getting stuck when you least expect it. You may be developing a new feature; however, the outcome isn’t what you expected when you are coding the same.

The community can help you at this point. Their experience and probably similar feature development expertise can help identify ways and hacks to create the feature.

With this level of support, you can deploy applications faster. Though Flutter is still in the nascent stage, and the stable version has just been released, it has incredible support that can help translate your vision into the application.

Imagine when you were working with regular frameworks. Translating the build into a deployed program would take several minutes to hours. It would help if you switched off the production mode before delivering the app changes.

However, hot reload allows developers to make changes while the program runs in production mode. It ensures you limit the delays and improves the developer’s productivity immensely.

While the hot reload feature is available with React Native, Flutter app developers believe it is faster with this framework. The struggle in converting the app feature update to production mode is removed with this new feature.

Flutter is a portable framework that allows you to lock the applications across any device of your choice. Choose the device with a screen, and use the Flutter solution to run the application. As a result, more developers prefer this app development framework.

With this framework, you can build TV apps, wearable solutions, and much more. For this purpose, third-party ports have been introduced to the Flutter applications.

When exploring options, you tend to look at the tech stack. You don’t want to complicate the development process or include too many technologies in a single tech stack.

That doesn’t happen when you opt for Flutter app development. The tech stack includes Android Studio, IntelliJ Idea, and Atom/Sublime editor. The Dart framework comprises everything that either the iPhone or Android development requires.

Why Flutter for Cross-platform?

The Flutter framework has several benefits, including enhancing the developer’s productivity. However, the question of why Flutter is favored for cross-platform development needs to be answered.

It sets a new benchmark by improving efficiency and removing the communication bridge between the native components and the application developed using Flutter. As a result, it has set new thresholds for performance.

When we say single codebase, we also mean uniformity in the end vision. Your codes reflect the same UI at the end on both Android and iOS platforms.

As a result, the friction is removed in the usability, and more users can access the application. Eventually, it improves the experience and makes ways for efficient systems

As a developer, the most difficult part of app development lies in removing the bugs. Has it occurred to you – you try fixing two bugs, and four more appear out of nowhere. It leads to increased delay in sending the application to the production environment.

Flutter Doctor is a command available with this framework, which makes it easier for you to fix bugs and remove them.

It embeds the AEM coding standards, allowing you to incorporate digital asset and content management systems into your application. It helps flutter app developers launch applications for both startups, enterprises, and tech companies with ease using this coding standard.

This is the numero uno reason why Flutter cross-platform apps are popular. You can deliver app solutions that appear uniform, can be scaled easily, and appear native-like for Android and iOS.

Apart from increasing the developer’s productivity, these apps can help lower app development cost. As discussed, you develop apps for all platforms using a single infrastructure.

However, before you approach the mobile app solution, you should find yourself a flutter app development company that can cater to your needs. They should be proficient with the Flutter framework and possess the experience required to deliver the idea. 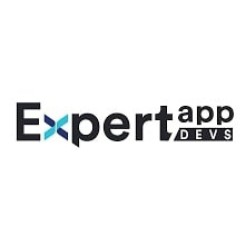