Now Transfer Money From Paytm Wallet To Any Bank Account

If speculations are true, search engine giant Google is in talks with InMobi,

Google Drive For Android Gets Drag And Drop Support

If you frequently use Google drive on your Android Smartphone, you will

Google+ To Split In Streams and Photos. Google Might Wrap Up Its Social Network

Google And MyGov Together To Launch PMO Mobile App. Launched A Nationwide Contest

IRCTC Ties Up With Amazon To Sell Items Online

Indian Catering and Tourism Corporation (IRCTC), a subsidiary of Indian Railways is in talks

Nationwide Mobile Number Portability From May 3, 2015

Good news is there for the Cupertino fans regarding the upcoming platform iOS9. Reportedly,

Though, it hasn’t yet officially notified by the Google, users are seeing an interesting

Google, the search engine giant is all set to curb adult media and pornographic

When the next time you will search something on your mobile browser, you can see something

To make the airport boarding process hassle-free, Jet airways has been

Tapan Mishra To Be The Next Chairman Of ISRO Application Centre

Google has added new carousel feature in the mobile search results. It

Google News Title And Heading Tags Should Be Consistent For Ranking 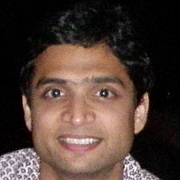