Despite all the efforts made by security firms across the world, hackers continue to wreck havoc on computers and compromise confidential information for personal gains.  We are listing here best hacker in the world who were once a real mess for security system and authorities.

Over the years, hackers have been a menace for companies. Startups, business houses and government-run organizations worldwide have invested, and still allocating, additional funds to keep their networks safe and data breech-proof. We are living in world where hacking is a reality.

Every second hour, millions of computers are hacked, terabytes of data is stolen and millions of funds are siphoned by self-proclaimed cyber cons, say hackers. A security hacker is a person who intrudes into personal / corporate computer workstations to gain unauthorized access and comprise the data stored. Gary McKinnon reportedly orchestrated USA’s biggest military computer hacking. He was a Scottish systems administrator. Authorities accused him of copying data, account files and passwords into his own computer. A report claimed that the US government spent around $70, 000 for tracking and rectifying the problems caused by the real time hacking attacks on their security sites. Robert Tappan Morris, an MIT professor and an American computer scientist, was reportedly the person who coded the first computer worm on the Internet called the Morris Worm in 1988. Robert was the first American who was booked under the Computer Fraud and Abuse Act for hacking websites. In the list of dreaded and anonymous hackers, the next name is of Kevin David Mitnick. Kevin is a renowned computer security consultant, author and hacker.  At the age of 12, Kevin hacked into the punchcard system used in Los Angeles bus system by using social engineering. Throughout his career, he booked several times for being a black hat hacker for various computer-related crimes. Kevin Lee Poulsen works at Wired news as senior editor, and was a former black hat cracker. He came into limelight when he was found involved in hacking websites and all the telephone lines for Los Angeles radio station KIIS-FM to become the 102nd caller and win the prize of a Porsche 944 S2. 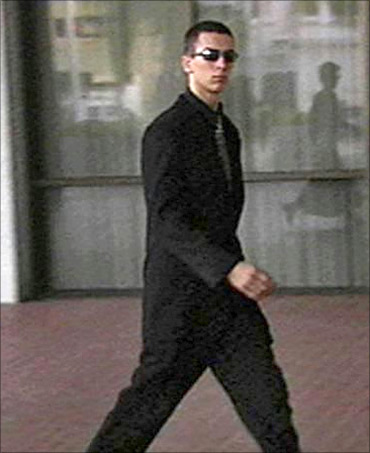 Jonathan Joseph James was an American security hacker. He was America’s first juvenile who was convicted for cybercrime for hacking system. He killed himself in 2008 with a self-inflicted gunshot wound. Adrian Lamo was an ill-famed hacker hacker online and a threat analyst. He came on the radar of security agencies when he attempted to hack several high-profile computer networks, including those of The New York Times, Yahoo!, and Microsoft. Adarian Lamo was arrested in 2003. Vladimir Levin is a businessman and one among the best hackers in the world. His hacking skills came wide open when he was accused of hacking websites and intruding into citibank’s computer system. He made a failed attempt to fraudulently transfer $10.7 million via Citibank’s computers. Currently, he is running his own business in Lithuania. Raphael gray, a notorious anonymous hacker who hacked computers associated with a multi-million pound credit card mission. At that time he was of 19 only. He published the details of 6500 hacked credit cards to expose the security flaws in consumer web sites. He is still considered as the best hacker in the world. A hacker from California named himself Deceptive Duo. He was convicted of hacking several government computers and defacing government websites. In 2002, the Deceptive duo claimed that they were working to expose security vulnerabilities within the US government’s networks and other private-sector computer systems. Michael Calce aka ‘MafiaBoy’ was a high school student from West Island, Quebec. He made the headlines when he launched a series of highly publicised denial-of-service attacks in February 2000 against top-notch websites including Yahoo!, Amazon.com, Dell, Inc, eBay, and CNN.

10 Best hacker in the world : Conclusion

We hope you liked the list of 10 most notorious hackers of the world. If you want to add few more names, do tell us in the comment box. Thank you for stopping by. Stay tuned to read more such stuff on a regular basis. We will be glad to see you here.