The home entertainment sector is always pushing boundaries. Entertainment is steadily getting confined to personal spaces like home. Compare this to people going to the local movie theater with family not so long ago. Movie lovers now prefer to consume entertainment content in the privacy of their residences using laptops, handheld devices, or home theaters. 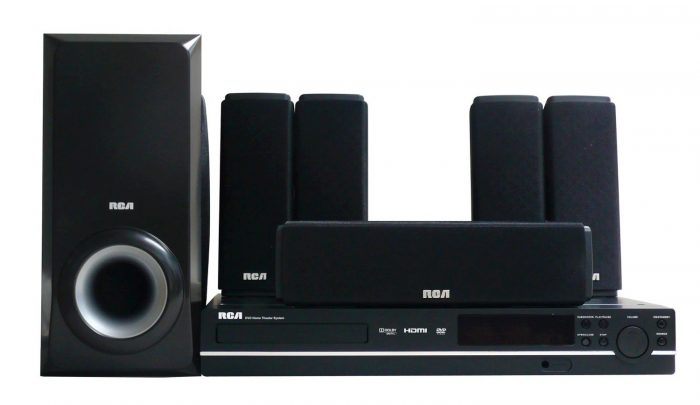 The home movie theater in the past was a luxury only the super rich could afford. But not anymore. Anyone with a living room can design an amazing home theatre with the right TV, sound, and other equipment. Consumer electronics have become cheaper in recent years while at the same time going up in quality. Largely due to this fact, home entertainment centers can now fit into any room with a power outlet.

People don’t go to the local theater to watch movies, now they tune into Netflix. The media industry overall is experiencing a rapid shift towards online streaming content, as mentioned before. It is delivering a blow to traditional media giants like theater companies. On the other hand, the trend is indicating a major boom for the home entertainment industry.

As subscribers flock to online streaming services, consumers are also flocking to retailers for the best TV, the best streaming stick, or the best sound system. In the coming year, the sale numbers for home entertainment gear is expected to go through the roof.

The Uptick in Connected Homes

As consumers rapidly adapt online streaming services, it should be noted that the number of U.S. homes overall with access to high-speed broadband internet has surpassed 106 million, or close to 98 percent of all households. More and more homes across North America, especially in rural areas, are now getting internet thanks to both government and corporate efforts. When these homes get internet, the demand for home theater gear would naturally rise as well among a group that has traditionally been loyal moviegoers.

Advancing Technology to Drive Demand for Home Entertainment Gadgets in 2018

Apple has released a smart TV for consuming content. Amazon, the retail giant, is making headway with Fire TV and Amazon Echo personal assistant. Brands like Roku are making streaming devices that are incredibly popular. As tech companies unveil newer and cooler home theater gadgets, it feeds the overall demand in the sector. Here are some of the latest technologies that are driving the demand:

One of the biggest caveats of setting up a home theater used to be the wiring. The sound system, in particular, was troublesome to set up with wires. That is steadily becoming a worry of the past for consumers with the rise of wireless surround sound devices.

Largely propelled by Bluetooth technology, sound systems can now connect with units wirelessly, usually only having a single wire for the power outlet. Wireless sound is becoming so popular among consumers, the sector is estimated to be worth over $50 billion by 2022.

Consumers are getting warmed up to smart home gadgets like Amazon Alexa and Google Home. The selling point with these devices is that they can be controlled by voice. Voice-controlled personal assistants with artificial intelligence, like Siri, were popular with smartphone users. And now these devices are coming to the home entertainment sector. Voice control integration is making home theater gadgets like smart TVs and consoles even more desirable.

Gadgets are not only getting better in terms of quality, home entertainment gadgets are also becoming smaller. Compact sound systems, space saving streaming devices, and small DVD players can easily be installed in any home. Space can be an issue for the average home with three or four people. As home entertainment devices get smaller, having a home theater becomes accessible to more people.

The rise of wearable gadgets and virtual reality technology is changing the entire entertainment landscape as a whole. Virtual reality was once just a plot device in sci-fi movies, thought impossible in real life. But recently, VR tech is making major advances in various sectors from entertainment to medicine. Consumers are already using VR headsets to play games and watch movies.

VR is bringing entertainment even closer to home. VR gadgets can be connected to personal devices like smartphones and computers. Soon, VR gadgets will be connected to home theater systems as well. VR tech supports immersive entertainment. With improved home audio systems, the average consumer can easily create an immersive, 3D entertainment landscape in the living room. It’s no wonder the VR industry is estimated to be worth a whopping $251 million by 2021.

In conclusion, the demand for home entertainment will only increase in the coming year. This is driven by both advancing technology as well as rising consumer demand for entertainment at home.

As online streaming becomes popular, watching movies will become an at-home experience. The rise of smart home gadgets, and in particularly VR tech, will bring immersive entertainment experiences to home. People won’t have to go to an IMAX 3D theater to watch the next Avatar most likely.

It should be expected that in 2018 and beyond, home entertainment will overtake other types of entertainment. It’s already reflected in rapidly declining movie ticket sales. Home entertainment brands will definitely go up in value in coming years and consumers will be treated to gadgets that are smarter and better for consuming media at home.

Genelia is the chief editor at Bloggingrepublic.com and manages our Content Writing projects. She is an avid freelance writer / editor with 8+ years of experience in working with top notch online publication viz. Huffpost, IB Times and Yahoo.