Our brain works exceptionally as an organic storage device. According to statistics it can retain a whopping 2.5 petabytes of data which is equivalent to almost three million hours of television content.

But retrieving the same especially when you need it is not an easy task. Today we have accumulated a list of games which go a long way in sharpening both long and short term memory as well as improving concentration power. 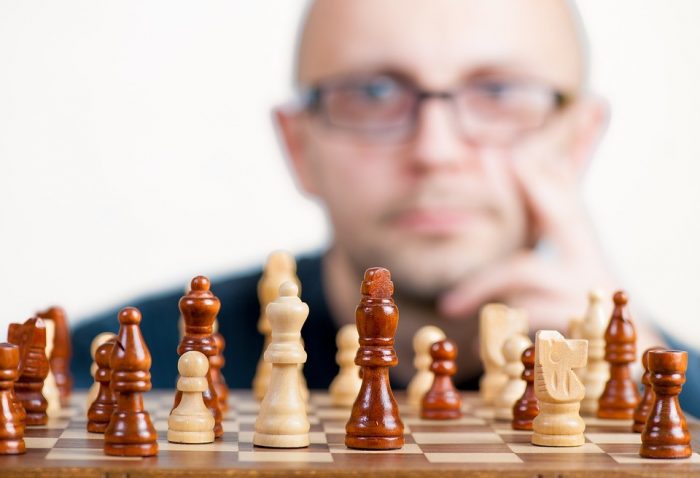 Termed as one of the most popular cognitive exercises, engaging in crossword puzzles lead to delayed dementia. However with practice one becomes a crossword master which decreases the affectivity of this brainstormed.

This game engages your short term memory in deep thought as you make way through a series of shapes and colors for bringing together a visual piece. Getting it right secretes dopamine in our body which increases concentration.

Shooting aliens surely seems like a fun video gaming option but it will not help much in boosting your cognitive function. However games which involve multitasking and reacting to specific stimulus like a new environment or a road sign improves working memory and information recalling ability. Continued playing of such games help cope with distractions and interferences while on the receiving end of information.

DO NOT MISS:   9 Simple Advice For Winter And Snow Photography

This game boosts up the working power of memory as you try to remember a number series while rehearsing its replacement mentally in the nine space grid. But once your brain becomes accustomed to the game its effectiveness decrease.

Ask your friend to throw some random items in a tray which you get to view just for a few seconds and need to remember the same. On the contrary you can even look up pictures online and proceed with this memory boosting task.

With practicing brain yoga on a regular basis you can improve coordination among your brain muscles which strengthen neural connections.

The intellectually challenging game of chess requires increased focus for analyzing one’s own movement and forecasting that of the opponent’s. Whereas first time players make use of this game for building up short term memory, experienced ones make use of the same for retaining information in the long run.

Studies have shown a direct link in between ZekPro Fidgeting toys and concentration. It serves as a wonder pill for those people who are trying to quit a bad habit by diverting their attention to the fidgeting game.

Modernity has for sure wrapped us in a variety of convenience and comforts but simultaneously it has unleashed a floodgate of stimulus craving for our attention. Thus to live in a flourishing manner amongst the cacophony of distractions you need to keep your concentration and attention under control.

DO NOT MISS:   Social Media and the Cloud: What’s Next?

After all at the fag end of your life when you look back at all your past accomplishments it will boil down to just one thing – the level of attention you paid at each level. Thus it’s high time you start working o the same.