Is Solar still a new technology? What are the Benefits?

The depleting reserves of fossil fuels created an urgency to switch to renewable resources that can fulfill the energy requirements of humanity. Even the rates of conventional sources are increasing, making it important to compare deals with different providers. It is possible to best energy deals on usave.co.uk.

Amongst various renewable alternatives, solar energy witnessed a phenomenal rise in popularity, primarily because it is free of cost and abundantly available.

Consequently, in the past few years, the technology has transformed into the world’s fastest-growing source of energy, with a solar photovoltaic (PV) system installed every 4 minutes. You can find solar panels covering the rooftops of numerous buildings as well as several large-scale solar farms. However, the technology has been plagued by a few glaring drawbacks.

While silicone, used in almost all commercial solar cells, is cheap and abundant, the panels are still bulky. Technology is also costlier than fossil fuels. Moreover, one of the most significant limitations of PV is that they harness only a fraction of the power emitted by the sun. Despite the fact that more energy from the sun strikes the Earth’s surface than utilized by the entire global population every year.

For solar energy to replace fossil fuels completely, the technology needs to become affordable by almost one-fourth of its current cost as well as far more efficient. The evident requirements and pitfalls of the solar system led to a host of innovative technologies:

The scope of solar energy and its technology

There has been a rising interest in and market expansion for solar panels, owing to the promise of a far cleaner and reliable energy source. Solar technology is also constantly evolving to meet the ongoing demands for a better alternative to fossil fuels.

However, the energy contribution from the sun is still limited to a small percentage of the total power consumed globally. Consequently, scientists across the globe were on a quest to find a material for PV that can absorb more energy from the solar photon.

Breakthrough research helmed by Professor Henry Snaith at the University of Oxford discovered a cutting-edge PV technology, manufactured from a crystalline material called perovskite. The compound, synthesized from abundantly available elements, is an excellent semiconductor with enhanced efficiency as compared to silicone panels. In fact, the perovskite solar cells can now achieve an efficiency of 22.7%, which has increased from only 3.8% in 2009. The remarkable fact, which further buoys the unprecedented progress, is that these panels are one of the cheapest options currently available.

Furthermore, scientists at the Massachusetts Institute of Technology proposed a technology that has the capability of increasing the efficiency of solar cells by two folds. The revolutionary setup harnesses and utilizes the heat otherwise wasted through emissions by the solar panels. The groundbreaking approach can further reduce the cost of solar power.

In addition, solar power has paved the way for an entire niche of technological advancements in the software sector. To expedite the performance of the solar panel companies, scoop. solar has launched innovative software that synchronizes the whole team working on the project and streamlines the process.

While solar power generation comes with its limitations like high installation cost, weather dependency, and wide space utilization, it also has numerous advantages:

To begin with, the depleting reserves of fossil fuels have made it imperative for humankind to shift towards renewable resources. Solar power is perennial and can be harnessed across the globe, making it the most valuable source of generating electricity.

It imparts minimum negative impact on the environment as compared to other energy sources and requires a minimal amount of water for maintenance. In fact, it needs 20 times less water relative to nuclear power plants. Unlike other resources, there is also no risk of a solar power plant contaminating the nearby water bodies.

Also, the entire energy generation process does not create any noise pollution. Subsequently, there is a rise in the number of solar installations in residential areas without any issues.

While the installation cost has been one of the most highlighted issues of solar panels, the system once installed have a very low maintenance cost. There are no moving parts that can undergo wear and tear. The inverter that converts solar energy into electricity needs to be changed after five to ten years, and the cables need to be occasionally inspected to ensure maximum efficiency. Thus, the cost of repairing is minimal.

The solar system will be generating some or all of the energy required to run your household, depending on the scale of the installation. Therefore, your electricity bills will decrease. Moreover, once you have connected your system to the grid and if you produce more electricity than what you require, you can export it back to the network. This will allow you to earn bonus money while eliminating your energy bills altogether.

DO NOT MISS:   iOS 12.1.1 Update Arrives with Fewer Additions

Since one entity can not monopolize the sun, it will always be a commodity for everyone. Therefore, solar power provides you with the freedom and the security of endless energy. As long as you have a functioning installation on your roof, you can continue to generate electricity without relying on an external source. Moreover, the movements of the sun are highly consistent. This leads to reliability that you will always have fuel to power your solar panels. The rare weather conditions can disrupt the solar photons from reaching the power system. However, the weather projections can prepare you for such an occurrence.

Solar power has also been notable due to job creation and economic boost. Solar panel installation requires a crew, which in turn creates jobs. According to resources, in 2015, the US solar energy industry produced more jobs than the US oil and gas extraction, pipeline industries combined. Moreover, the solar industry grew twelve times faster than the entire US economy.

The advancements in the solar sector are set to intensify in the coming years. The technology has the potential to increase the efficiency of the solar power systems while reducing the initial cost, simultaneously. 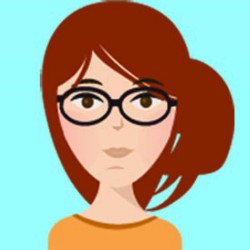 Andrea Bell
Andrea Bell is a blogger by choice. She loves to discover the world around her. She likes to share her discoveries, experiences and express herself through her blogs. You can find her on