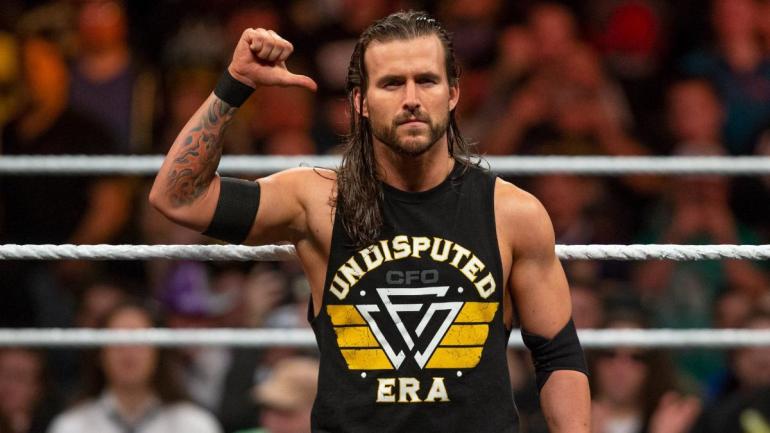 The current NXT Champion, Adam Cole has been enjoying his fair share of the limelight at WWE’s black and gold NXT brand, especially if we take into account the events that took place last month in November.

Adam impressed with his recent WWE Results to such an extent that he has recently been dubbed ‘Mr. November’.

Almost three weeks ago WWE faced a crisis as they needed someone to save a Friday Night episode of the SmackDown which was being aired on Fox, on which WWE had just debuted a while ago. This is when ‘Mr. November’, the NXT Champion Adam Cole came to the rescue.

Post the Crown Jewel PPV, when the vast majority of the “SmackDown” roster was stuck on a tarmac in Saudi Arabia, the following episode of SmackDown seemed highly unlikely. At that point, the responsibility to save the show fell on the shoulders of Triple H and his priced wrestlers from the Black and Gold NXT bran.

The episode was not only saved but was beautifully choreographed and executed which paved the path for the WWE storyline to enter the Survivor Series phase.

When Adam Cole along with Shanaya Baszler, Rhea Ripley, and Tommaso Ciampa and were rushed to the live Fox show, they went there with a purpose. And at the subsequent invasion, we saw Adam Cole beating and retaining his NXT championship against Daniel Bryan.

What Cole and the other NXT superstars did, it was the demand of the situation. But the WWE storyline couldn’t allow the Red and Blue brands to be a victim without any attempt to avenge themselves. As a result, we saw Superstars from RAW and SmackDown invading the NXT.

The main event of that day was again involving Adam Cole as he squared off against Dominik Dijakovic in a WarGames Advantage Ladder Match. At the end of the match, it was Cole who was at the top of the ladder with the prized briefcase.

Adam Cole not only the current face of NXT but he is also the face of The Undisputed Era ever since its inception in 2017.

In an interview with Sports Illustrated, Adam was asked about his idol CM Punk and whether or not he would invite Punk to the Undisputed Era if he ever returns to the ring. To which the decision of the NXT Champion sounded crisp and clear.

“Everyone who has followed me knows that CM Punk has been a major influence of mine, especially on the independent scene. He was a guy I looked up to and studied, and someone I really, really enjoyed watching.

It was so cool to be there and see him on Backstage, and I had no idea what was going to happen. The Undisputed Era, the four that we are, couldn’t get any better. We’re the flag-bearers of the NXT brand, and we are perfect the way we are. I wouldn’t add a male, I wouldn’t add a female, and we won’t add CM Punk”.

What we can deduce from Austin Jenkins’ a.k.a Adam Cole’s recent actions and WWE Results in the month of November, he seems every bit as deserving of being titled ‘Mr. November’. He is calm, confident, clear about his vision for The Undisputed era and is leading the Black and Gold brand from the front.