How to Buy a Cheap Android Smartphone?

Mobile phones running Google’s Android operating system is the most popular type smartphones in the market. Android smartphones are attractively priced and offer functions and features similar to another most popular smartphone brand, Apple’s iPhone.

Apple’s iPhone which runs the Cupertino-based company’s iOS operating system is priced higher that most Android smartphones with similar specifications and features.

Due to increased competition, most carriers and service providers offering cheap Android handsets to capture market share of the ever-increasing smartphone market. When a prospective buyer wants to buy an Android smartphone, there is the chance that he or she might be paying more for a smartphone than the manufacturer selling price.

This is because almost all the carriers and vendors claim that they are offering the best price in the market. If you are planning to buy a cheap Android smartphone, below are some of the options that you can consider.

If you want to save some cash while buying an android mobile is to purchase them during promotional campaigns by major carriers and vendors.

Most of them offer huge discounts and gifts to lure customers. Service providers also offer two-year contracts with the attractive call, SMS, and internet offers.

However, as there are many budgets and cheap Android smartphones now, in some cases, service providers have increased the price of mobile internet service. Besides, quality of network has also been reported to go down.

DO NOT MISS:   How Can You Contribute to the Society Using the Internet?

So, don’t expect your cheap 4G Android smartphone to deliver high-speed mobile internet connectivity, even if you’re living in a good coverage area.

Another way to save money on an Android smartphones is to buy them unlocked. Instead of paying a new Android smartphone, you can opt for an unlocked device from major service providers, where special software that locks the SIM card to a particular smartphone maker in deleted.

Just insert your SIM card in the new unlocked smartphone. These phones are initially expensive and covered under warranty by the service provider. Most of these unlocked devices are refurbished and can be bought directly from the manufacturer.

You can also buy an Android smartphone with low prices if it comes with a prepaid plan. Prepaid Android phones aren’t always cheaper when it comes to an original price of a handset.

But when you take into account that you’ll be saving hundreds by subscribing to the cheap unlimited data plans every year, then it’s a great deal to consider. A flat data usage fee each month is more reasonable when compared to post-paid plans that usually include a tax alongside usage charges, which can be an inconvenience to some customers.

Most operators charge a high amount plus taxes, for a 2-year contract for a smartphone. But some service providers’ offers attractive prepaid plans deals to increase their customer base.

DO NOT MISS:   How To Spy On iPhone Even Without Having The Phone?

However, if you don’t like the current plans and the services of your operator, then you can discontinue the plan anytime without paying any termination fees.

So, there you have it an Android mobile isn’t as cheap in that sense, but you surely can save money by looking out for various promotional offers and plans. 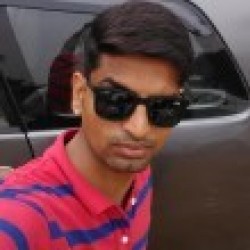 Bhawani Singh
Bhawani Singh is a well-rounded blogger who has a wide variety of interests and specializes in doing in depth research for every project. He is an expert in doing in depth market research and also a notorious Write, Editor, Blogger. Love to ride Bike. Chat with Strangers. Love to read and write technology blog posts. He currently is a blogger for ispyprice.com/blog in a genuine effort to provide the best quality content to his readers.