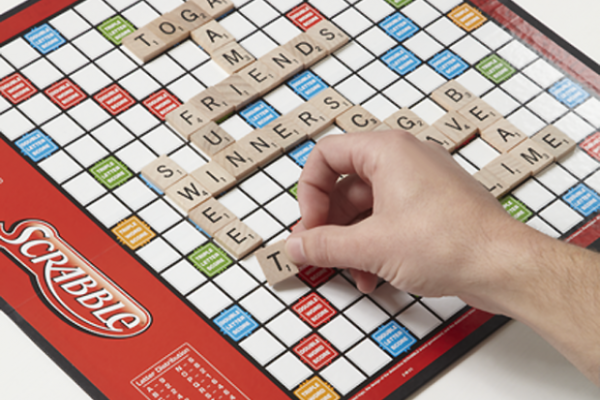 One of the most fun things to do is to play games, irrespective of how old you are or how young you are. Games have withstood the test of time, and the delight and joy that one gets from playing a board game with their family is as much as they used to centuries back.

Even if you have a bunch of games on your phone, the fun that comes from playing a board game cuddled up in your blanket with a hot cup of cocoa can absolutely not be paralleled.

Furthermore, board games are the savior for those days when your eyes are too tired from looking at the screen. They also allow a lot of more intimate human contact and conversation than any device can ever provide for.

They are also fun, challenging, and relaxing at the same time. What can be more fun than defeating your cousin or your mom in the best game there possibly is?

Best Two Player Games to be Played in 2020

The problem is, while multi-player board games are a lot of fun, the truth also is that it is hard to get the entire family together to sit down and play the game with you. That is why two player games come to the rescue.

Depending on what you and your co-player find the most amount of fun and fascinating, there are plenty of two player games in the market that you will absolutely love playing. They are also easy to play, fun, and do not require a whole lot of learning.

So, What Are The Best Two Player Games In The Market Right Now?

If you love tetris and find the pieces floating in front of your eyes even after the game is long done, you will absolutely love patchwork. If you love sewing and building blankets, this is another reason as to why this game is so awesome and why people love it.

This two player game basically involves the players in building a piece a quilt, piece by piece. The game is priced quite reasonably, making it a wonderful Christmas gift too! So, what are you waiting for? Go give it a shot.

This game has withstood the test of time and will continue to be one of the most popular, if not the most popular two player game to have ever been invented. While there are a lot of online scrabble options available now, nothing is as fun as sitting down in front of your opponent and coming up with those fancy and awesome words in a matter of minutes.

This test of wits is for good reason still popular. If you love playing with words, love reading, or just want to be challenging someone, scrabble is a great choice.

While Pictionary is a group game, it can also be played by two people equally successfully. It is not at all difficult for two people to play Pictionary, given that one person can pick up a card and draw it, and the other person can attempt to guess what it is.

If you want to make the game even more fun and challenging, you could even perhaps make a small bet on who will end up guessing more tiles correctly! Pictionary is one of the best ways to pass a boring and a frustrating afternoon more pleasant and easy to handle.

There is a joke that nothing breaks up families faster than monopoly. The good thing with monopoly if you are playing with just one other person is that that’s just one more enemy for life, not a whole lot more. But jokes apart, business can be played with just one other person as well. While additional tasks such as being a banker may have to be assummed by one of you, the game can still be played without it getting boring.

No, this game is not based on the famous show Codename, kids next door! This, instead, is one of the most fun party games that have been invented in recent times. But what makes this game awesome and fun is that it can easily be played by just two people as well.

All you have to do is to link the words up together and try and identify who the target in the question is. If you fancy yourself an investigator or a detective and would like to spend an afternoon doing some detection, then this game is probably one that you will love. You can even select some of the fandom specific codename versions, such as the Disney version or the Harry Potter version.

Everyone hates spiders. But probably not in this context. If you want an awesome game that is steeped in strategy and skill where you get to surround the queen bee of the player playing against you, then this game is one that you absolutely have to try.

What makes this game so special and incredible is that the learning curve for this game is incredibly small. Therefore, you are likely to have as much fun playing it on your first try as you are when you play it 30 times later, which you will, because it is that much fun.

Parents, if you are looking for a game to keep your kids occupied, then you might want to give this one a shot. In this game, the players basically forage for mushrooms (hence the name morel) which they can then either sell or cook. Usually, the gameplay extends to about 30 minutes, making it an ideal choice for kids. It is also very reasonably priced, and therefore makes for a great birthday gift for a child.

There are plenty of card games that two people can play with each other like bluff, two player poker, or bingo. Depending on the type of card game that you want to play, the internet provides a whole lot of information on how you can tweak the game just a little to make sure that two people can play it and have just as much fun as a group playing it.

If you are bored in the house (and in the house bored – sorry, couldn’t help it!) with just one other person to play a game with, a pack of cards may be all that you need.

Another awesome thing that you can do with one other person is to try and finish a jigsaw puzzle. There are some absolutely gorgeous puzzles that you can get nowadays and some of them are so utterly beautiful that you can even frame them.

If you are into building your own little town and organizing resources successfully and building a city, then you will absolutely love this game. While you can play this game with a larger group of people as well, it works tremendously well with even two players. It is reasonably priced, making it another great choice.