Why Raspberry is the Future of Computing Devices?

Hope you had come over the news that outlined Google’s plan to increase the development tools available to pi makers who are working with Raspberry Pi microprocessor to fast-track Google’s multiple projects this year.

With the Smartphone and IoT, the world is going to become more and more simple and convenient, where so called replacer of computer, Pi is becoming a buzz word. 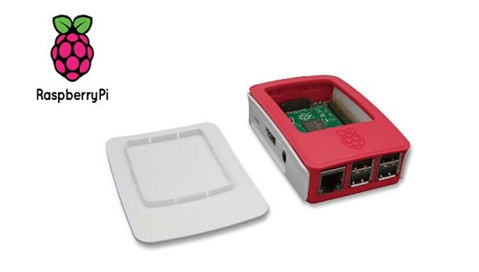 Launched by computer scientists at University of Cambridge in 2011, Pi was initially a $35 board for DIY projects, but over the time, it turned inexpensive and the recently released Pi device Raspberry Pi Zero W costs just $10.

Now the total sale of products crossed 12 million units, which was beyond their expectation and within just five years of its initial release.

The company entered the market with a motto to promote the teaching of basic computer science in schools and in developing countries. When its sale reached $5m in February 2015, it became the best-selling British computer.

So there is an increased incline by mobile application development companies and other tech companies to build futuristic service and solutions on it.

The latest addition Raspberry Pi Zero Wcan can be turned into a working computer by accompanying it with your own keyboard, mouse, and monitor.

DO NOT MISS:   Everything That You Must Know About Drones

Raspberry Pi is a UK based not-for-profit foundation which develops credit-card sized computer which contains all the basic things including spreadsheets, word processing, games and video processing capability that your computer has.

It is preferred for learning programming by kids across the world. Raspberry Pi runs on Raspbian, a Debian-based Linux operating system, and the other compatible third party operating systems it runs on are Ubuntu MATE, Snappy Ubuntu Core, Windows 10 IoT Core, and RISC OS.

Why Raspberry Pi’s success was super-fast?

In fact, Raspberry Pi emerged as a stimulating support for IoT movement. Engineers, makers, and start-ups are considering it as a catalyst to kick-start all sorts of new experiments.

And for teams of techies who collaborate to quickly prototype new ideas, Pi has been a staple at hackathons. Today it is powering up all sorts of things, right from robots to drones to DYI supercomputers to weather stations. I think even its creators did not imagine this.

DO NOT MISS:   5 Reasons to Choose a Dual Boot Tablet

Some tech teams have made it a very inexpensive personal computer. And today its value is weighing to the value of a PC that costs $1000. Pi stands at the flag bearer position of this trend, which can fulfil customer needs in a quite inexpensive manner.

No doubthere, with Raspberry Pibuzzing in the market, the computational approach has been gradually shifting towards it from the traditional computing system. We may see this shift at the leader position before wrapping this decadeup.