Among many features that WhatsApp plans to roll out over the week, blocking chat screenshots would need a mention here.

The feature will be coming soon to Android via a beta update. Tech website WABetaInfo has unfurled news of Android beta version 2.19.106 update.

The feature will be bundled with WhatsApp authentication feature. Now, along with using the fingerprint to authenticate the identity, users can also prevent users from taking the screenshots.

In future, when the user will enable the feature, he won’t be able to take screenshot of his chats. It’s however interesting to ascertain why WhatsApp is such keen to integrate this feature with the authentication feature.

It’s still unclear when the feature will be live for the users and how fast WhatsApp is heading to its rollout. 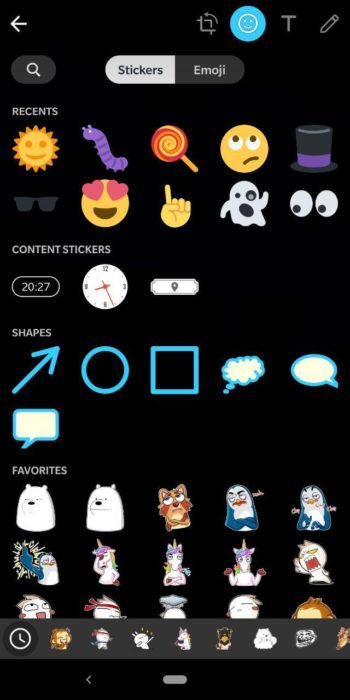 WhatsApp is also working on to improvise its authentication feature and bringing new UI for doodle. In case your phone has the beta version of WhatsApp, then updating the app will be showing up the new doodle UI. Unfortunately, its Authentication feature is still under development.

The new doodle UI we are talking about will have a separate tab for stickers and emoji. The stickers on the UI are grouped by Favorites and Category so that users can find them easily.