Both web design and web development are often clubbed into being the qualifications of a single individual. In fact, most people are not aware of the differences between the two, even at high managerial levels.

Many web development companies in Lebanon or elsewhere often offer web designing too as a package. Through this article, we will attempt to bridge the gap between the two specializations, though it can be said that the differences are not huge. 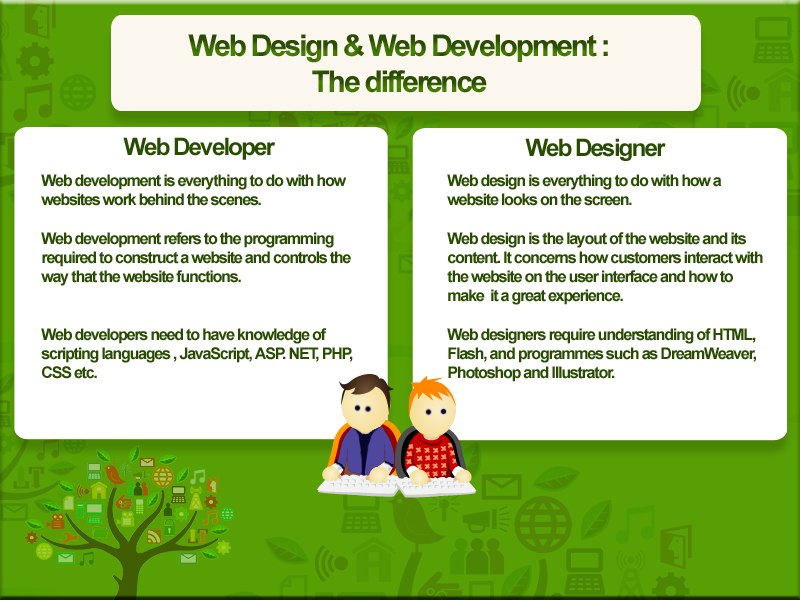 Difference in use of brain

It is said that web design is better suited to right-brained people, whereas web development is for the left brain.

What this means is that web design is far more creative, and detail-oriented. It involves aesthetics of a website, which means design elements that look good to the viewers. Companies will look for creative individuals to be hired as web designers.

What is helpful for companies?

On the other hand, the developers are builders of websites. They are the ones who know coding, which means that the website can never come to life without their inputs. Making a company website go live is their job.

Web developers follow an approach that is linear as well as logical. They are competent in various programming languages such as PHP, Python and .NET.

DO NOT MISS:   Tips for finding a business for sale in San Diego

The developer here is responsible for coding, which is a highly technical job. It requires a detailed understanding of the website elements. The web designer cannot make his or her static website design come alive without the inputs of the developer.

Many small and medium-sized web development companies in Lebanon often offer both web development and web designing in a single package to its customers.  It can be said that the level of skill required for a developer is higher than the designer- thereby more money for the former.

During jobs, the work of a web developer is carried out in the backend. All the programming and page links with each other form part of the backend.

Good web development companies in Lebanon strictly focus on how the customer interacts with various web pages. The interaction of e-commerce, which is very popular today, happens through web development.

In comparison, the work of a web designer is visible directly on the website. If a website is attractive, the target audience will automatically be drawn towards it. Customers also understand that usability of a website is important, which means being able to navigate on the website.

DO NOT MISS:   Automation of Personnel Management - Another Resource in the Competition

By now, most of you would have understood the difference between a web designer and a web developer. Both are necessary for the smooth functioning of web pages. Make sure you can get the best out of both of them, for your website.