Vivo appears to up the ante with the launch of more powerful camera phones in its phone line up. The company will reportedly launch its next flagship phones V7 and V7+ on September 7. With these two phones, said to be the successor to V5 and V5 Plus, Vivo joins the bandwagon of mobile phones with thinner top and bottom bezels. What keeps these phones above the fold is their ability to offer FullView display similar to Samsung’s Infinity Display and LG’s Full Vision Display.

Vivo V7 and V7+ will be ultra-advanced and first of its kind selfie centric smartphones in market with high end 24MP selfie camera, an upgrade over 20MP selfie shooter found on the company’s V5 and V5 Plus smartphones.

DO NOT MISS:   Nokia 7 Plus Specification Leaks: A Mighty Warrior

Although, no more details on the phone specification are available yet, there are guesses that the Vivo V7 and V7+ are expected to be powered by Qualcomm’s mid-range Snapdragon 630 and Snapdragon 660 mobile platform respectively.

Furthermore, the V7 could feature a 5.5-inch display, while the V7+ might offer a larger 5.7-inch display. 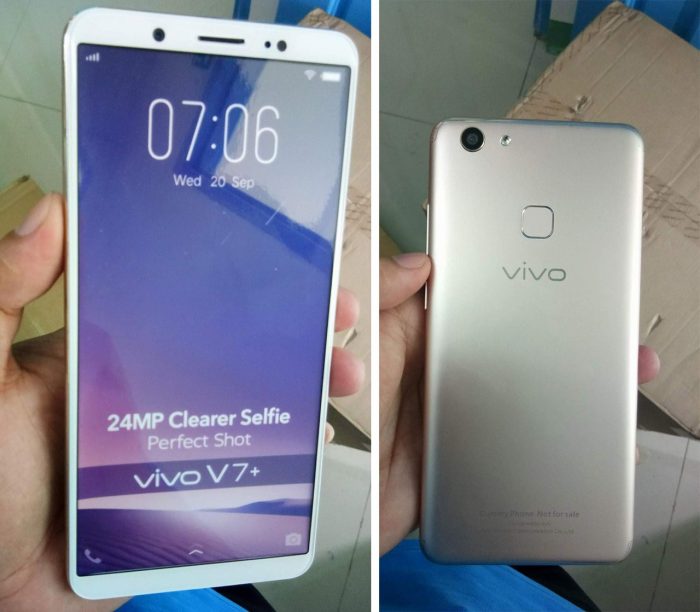 Other reports emerged about the phone suggest that the phone may feature 6GB RAM, 128GB storage and may have a massive 3500mAh battery. The phone is expected to run Funtouch OS 2.6 based on Android 7.0 Nougat.

DO NOT MISS:   It’s Time For Keeco K1, A Smartphone Specially Designed For Women