Have You Seen The Samsung Galaxy 8 Pirates of the Caribbean Edition? 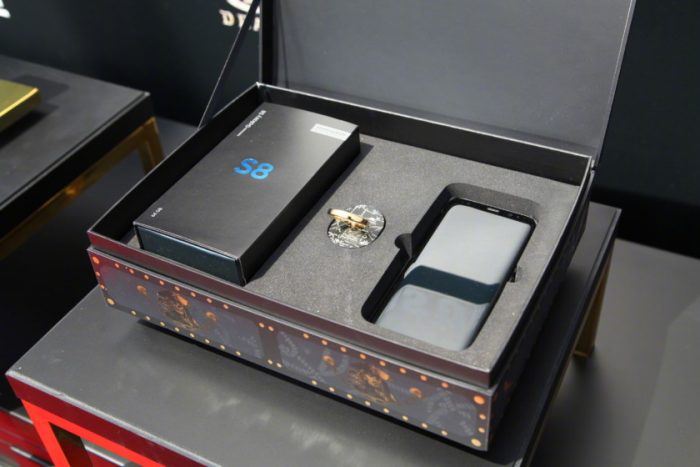 So far, the company has only announced one variant of the phone at a price tag of $ 880. The phone comes packed with 4GB RAM and 64GB of internal memory. Despite tagged as the special edition, the Pirates of the Caribbean model looks just like the regular version of the Galaxy S8.

The phone is packed in a special ‘Pirates of the Caribbean: Dead Men Tell No Tales’ themed box.  Moreover, the retail box of the phone has been designed to fit a look very much similar to a treasure box. The box features the Pirates of the Caribbean logo as well. On unboxing, you can find a phone ring holder and a case both customized with the same logo.

The phone imitates all the features of flagship Samsung Galaxy S8. Unfortunately, it’s as of now available exclusively to the Chinese phone buyers.