Huawei has disclosed possible date for launching of its flagship Smartphone Nexus 6P in India. In its announcement, the company hinted that the device would be available to the Indian buyers by November.

Pre-orders for the phone have already begun at Flipkart and many offline retailers. To ensure smooth supply and uninterrupted delivery to the buyers across India, the company will dispatch the Smartphones in batches. 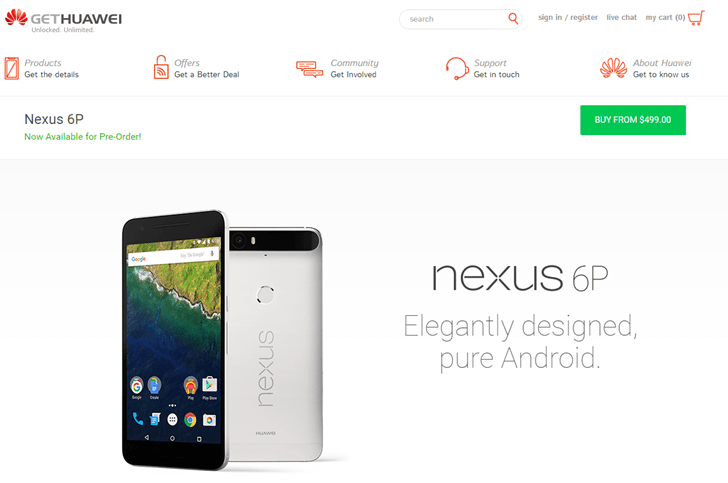 Follow Us
Latest posts by Sumant Singh (see all)
DO NOT MISS:   Xiaomi To Announce More Flagship Devices on 27th