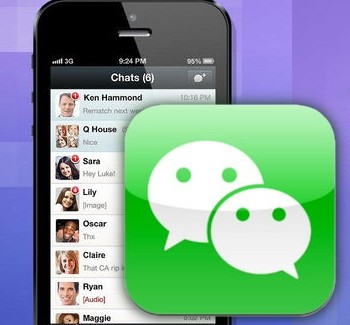 You may be a next gen social geek with hundreds of mobile apps in your very latest smart phone. Using messenger apps is now a phenomenon across the youth and its fanatic example is China’s WeChat.

How easy and convenient it is to get connected with each other with the apps. We all love this. But there is someone who hates to love the growing frenzy of WeChat among millions of cross-platform users across the world.

And the objection is raised by none other than Indian Army. Indian Army Bans WeChat And WhatsApp Messengers.

A leading daily reports that Army raises its serious concerns over the increasing use of WeChat by army personnel and their families in order to get connected round the clock.

Army suspects that our key rival China can use the tool to snoop in on sensitive military and sensitive conversation.

In a note to the military commanders the Director General of Military Operations notified army personnel and their families not to use the messengers like WeChat and other messaging applications that have data servers outside India.

Using these applications may lead to the serious damage and loss of sensitive information.

“Every internet company and telecom operator in China, both foreign and domestic, is held legally liable for all content shared through their platforms.

In January 2013, it was revealed that WeChat’s international messages were being censored too. This clearly indicates that all data, even of Indian users, shared through WeChat may be monitored or regulated by Chinese authorities.”

The primary fear of the army is that the location sharing feature of the app may be used by Chinese hackers may be used to track and target key army personnel involved in fields of science, industry research and defense.