Ford Focus: The Fun that Doesn’t Break the Bank

‌It’s not that hard to make a full-fledged supercar. You assemble a team of the best engineers and designers in the world, give them an unlimited production fund and viola, you have now created a speed barrier-breaking, track-focused car ready to make the billionaires of the world kneel before you. 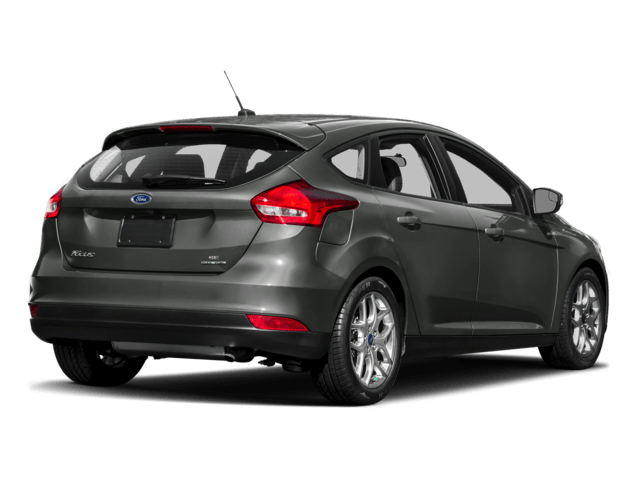 Also, needless to say, sensibility and practicality go straight out the door. However, it’s much tougher to make a production sedan or hatch which will go toe to toe with the likes of the Civic, Corolla or the Mazda 3. That’s where the real competition lies.
‌
‌You see, in the world of sensible production cars, everything matters. Everything from build quality to the placement of a glove box on the dash can have a significant effect on the opinion of future buyers.

So, only a true player can survive in a market as deadly as this one and that’s what Ford has been doing for almost 20 years with the Focus. Since they have a revised model out for 2018, let’s see just how good the new Focus is compared to the pioneers of the field. ‌

‌‌The 2018 Ford Focus comes with a range of 3 engines. The smallest of the bunch is a 95 bhp 1 liter 3-cylinder Eco boost engine and the biggest being a 150 bhp 2 liter 4 cylinder engine with a 1.5 EcoBoost in the middle. The Ecoboost engines are designed with economy and city driving in mind while the four banger unit is more performance oriented.
‌
‌When it comes to the question of fuel economy, the numbers vary depending on the trim you choose. The base S Sedan gives 25 MPG in the city and 34 on the highway while the base SE hatchback gives 26 MPG in the city and 38 on the highway.

DO NOT MISS:   Couple’s 101: How to keep your Relationship Alive?

On observation of claimed MPG figures, the most economical of the bunch is the SE sedan that gives a stellar 30 MPG in the city and 40 on the highway thanks to its 1.0 liter Ecoboost engine tweaked for maximum efficiency.

‌‌Being the benchmark of cabin quality among hatchbacks, the 2018 Ford Focus never fails to impress drivers on the interior side of things. The cabin has a fixed infotainment screen surrounded by sturdy plastics and brushed metal pieces.

The center console has a circular dial to control audio and video functions and is well within the reach of the driver without being too distracting to use. The audio is supported by Sony and the infotainment system, dubbed the ‘SYNC’, is compatible with both Android Auto and Apple Carplay.
‌
‌The seats are quite comfortable even on long rides and take care of neck and thigh support of both drivers and passengers with ease. The cabin has a quick rate of cooling, thanks to a high blower speed from those vertical air vents. Overall, the fit and finish is remarkable this price range.

‌Unlike its previous iterations, the design of the 2018 Ford Focus is more expressive and sporty this time around and that’s a great thing.

The smart hexagonal grille in the front accompanies the aggressive headlights with optional bi-xenon lamps and the front bumper looks rather handsome and progressive compared to the Corolla which is infamous for its unimaginative design.
‌
‌The rear end is simpler and has a lesser number of elements to appreciate but it looks neat and compliments the rest of the car’s subtle yet masculine design. Overall, it’s a car you wouldn’t mind being seen in and that’s brilliant considering you won’t say the same about most of its rivals.

DO NOT MISS:   Toyota 4 Runner: All That We Know About Toyota’s Bad Boy

‌The Focus has always been about delivering satisfying levels of fuel economy and reliability to the mass car buyer but this time around, more attention has been paid in the style and comfort department to attract young car enthusiasts worldwide.

Although it is very practical in both sedan and hatchback form, it never becomes boring to look at or drive. Thankfully, it isn’t a slouch on the road either so think of the 2018 Ford Focus as an amalgamation of everything that makes the Focus great with a touch of swagger and much-needed performance.

Also, at a starting price just north of $17k, it’s just as reasonable as its rivals and maybe even better as a whole.