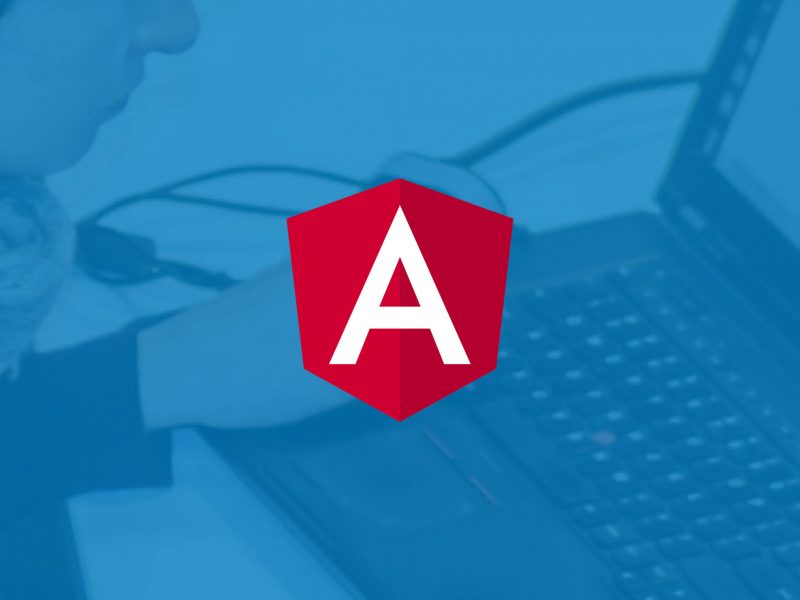 With over 7 stable versions and over 44.3% developers using AngularJS to build interactive UIs according to usage statistics, AngularJS is surely a strong player as a frontend framework. This is the reason why an AngularJS course is so preferred by developers.

First, let’s look at what the technology exactly is.

What is Angular JS?

AngularJS is an open-source framework that uses the Model View Control (MVC) programming structure in order to make any website more dynamically appealing.

Using AngularJS, Single Page Applications (SPA) can be developed in a quick manner. What makes it different from the numerous applications present today is that it uses HTML syntax for its basic programming structure.

AngularJS uses data binding in such a manner that the developers can utilize all the benefits of this application without much effort on their part.

This is also due to the fact that AngularJS requires lesser coding as compared to other JavaScripts. An important feature of AngularJS is the predominant use of directives which help in the manipulation of DOM in an easier manner.

Software developers nowadays prefer AngularJS due to its robust nature and also because once a code is written, it can be reused numerous times, making it very time efficient.

Since it uses the basic HTML syntax, AngularJS is also very simple to learn for any software beginner. Another advantage of AngularJS is that it works on all major browsers, due to which it can be used by anyone.

Due to all these reasons, Angular training has been on the rise in recent times.

Despite AngularJS is one of the most important courses of today, there are several mistakes a developer commits while using them.

AngularJS uses an MVC(Model View Controller) design framework. In this, the model pattern is responsible for managing the data, the view displays the required portion of the data, and the controller controls their interactions.

In AngularJS, watchers are used to keeping track of any changes in the components. But having too many of them makes the application very complex and time-consuming to run. Therefore it is necessary to minimize the number of watchers that are being used.

AngularJS and jQuery both run on JavaScript, but have varying functions and usages. jQuery is used to simplify the view, but not necessarily for the actual building of applications whereas, AngularJS is used for building applications.

Despite this considerable difference in applications, developers often use jQuery while performing an AngularJS function. This mistake also needs to be looked into while using AngularJS.

Like any other application, it is necessary to test the written code after developing it. But developers often forget to do so, which in turn overlooks the presence of bugs, thereby affecting the working of AngularJS. Testing in AngularJS is done using two tools.

Protractor is an end-to-end test runner that uses the jasmine test framework which provides a highly supportive API (Application Programming Interface) for different pages for running the test. This in turn, helps to check the health of the AngularJS application.

The integrator test that is developed using a protractor takes a large amount of time for its running process.

For making this simpler, the Karma tool is used to run tests whenever the files are changed by closing the feedback loop. This in turn runs the test across different browsers simultaneously, making it more efficient.

Thus, it is necessary that developers utilize these efficient tools in order to find out errors in the applications.

Batarang is a Chrome extension that can be used to debug AngularJS applications. This provides a dependency graph and gives a performance analysis.

Sometimes developers neglect debugging the application on AngularJS, which makes it prone to errors when used by other users.

$applyAsync is a function that can help delay until the next cycle occurs. However, developers often neglect using $applyAsync thereby leading to many shortcomings in the application.

Move Your Career Forward With AngularJS

Therefore, by taking the above into consideration, a problem-free application can be created using AngularJS which then can be used in an efficient manner.

This is particularly more useful than the other available website applications because of its backing by Google which in turn makes it very trustworthy.