So you are all done with the development of your game and about to deploy the same on the official stores? Well, in that case, you need to give a pause to your decision! As a developer, you could test your game manually and may or may not consider an automation testing procedure and get satisfactory results.

But do you think that’s enough? To answer this query, we would analyze the aspect associated with game testing that every developer ought to know.

Most of the game developers aren’t really aware of the issues that can arise anytime while the user is enjoying the game on their device. This could be a result of improper performance testing and quality analysis.

Here are a few aspects that should be always considered while you are thinking of performance testing of a game.

One of the initial things that you need to consider is to gather the requirements. The purpose of the game, the overall functionality, the user experience, and the overall theme of the game should be clear enough before starting the testing procedure.

There is no point you can begin testing your game manually when you are unaware of the basic concepts of the game. Thus; it is mandatory for you to collect the information about the game response, user actions, and the controls and their functionality.

Once you have collected the information about the game and the features, it is the time to prepare a strategy that you need to follow for efficient results.

The number of testing professionals to be deployed, the test cycles, the use of automation testing tools, and functional testing are some of the essential components that require proper consider while you are testing a game.

Whether you are about to test a mobile game or a PC/Laptop game, you need to focus on following a strategy that helps you in analyzing even the minor flaws that could affect the user experience. The risks associated with certain conditions should be analyzed previously so that one can plan a step by step procedure for testing.

DO NOT MISS:   Google Rolls Out a QA Section for Business Listings

There are tools that are specifically designed to analyze the overall load on the system and others are particularly designed to check the performance and functionality of the application. You have to decide, which testing tool would be best for your purpose.

It would be great if you hire third-party testing professionals as they hold great expertise in enhancing the performance and user experience of your game.

As a testing engineer, it is your responsibility to prepare both negative as well as positive test cases so that you can analyze the behavior of the game in every situation. The error rate, critical path testing, and load testing are some of the crucial testing cases that one should never ignore.

Once these test cases are prepared, one needs to choose the optimum automation testing tool that can help them in the execution of these tests. On the other hand, in the manual testing approach, the testing professional needs to prepare the test cases accordingly.

The test cases need to be executed to analyze the overall performance of the system and to check the scalability of the game. This lends a hand in identifying any flaws in your game by utilizing the alpha and beta testing approaches.

There’s a lot more to test except the testing of functionality and user experience; one needs to emphasize the content testing strategy.

It is necessarily crucial to check whether the content available in your game is user-friendly or not. Many of the times the content on the game isn’t appropriate for some age groups. This is the reason why one should emphasize checking the content on the application before it is deployed over the internet.

Another important aspect that you should never ignore is the testing of the consoles and the functionality associated with the same.

There could be issues that may prevent the normal functionality of the game that should be resolved by the developers as soon as possible to ensure adequate gaming experience.

The testing professional needs to note down the issues that are repeatedly causing errors in the game. A copy of these issues must be sent to the developer team so that they can precisely work on the same while they are improving the performance of the game.

For automated test cases, most of the testing tools provide you a log regarding the crashes and the glitches that arise while the game is tested under load.

It would be a great decision to categorize the issues in your game so that the same can be rectified accordingly. You need to set the priority for the issues that need to be resolved so that the entire procedure is executed in an organized way.

This would also help the testing professionals to check the dependency of a test case and would surely help in resolving issues related to the performance quickly.

9. Run the Game on Device

A crucial aspect related to the testing a game is to run the game on the device. This would ensure that the issues that are resolved by the development team don’t arise again.

This approach would also help you in analyzing the new issues that may hurdle the performance of the game and can be rectified accordingly.

Your ultimate users are the enthusiast gamers that are always on a hunt for some exhilarating games that can boost their amusement.

Once you ask them to review the game, you are able to analyze the actual flaws that should be resolved at the earliest. Most of the game developers ignore this crucial aspect, which is the reason their game doesn’t go well in the market.

These are some crucial things associated with game testing that every game developer should consider while they are about to launch their game over the internet. 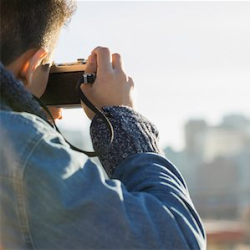 Munish Sharma
Munish Sharma, is a Senior Coordinator QA Engineer & Editor associated with BugRaptors which is a certified software testing company providing manual & automation testing services. His passion for helping people in all aspects of software testing flows through in the expert industry coverage he provides.