After Android Platform, WhatsApp For iOs Gets VoIP Calling Feature

A few days back Android users confirmed the roll out of voice calling feature in WhatsApp and now the iOS users with updated WhatsApp are reporting the presence of Call buttons there. Currently, two call buttons are visible in the WhatsApp for iOS (v2.11.15). Unless announced by WhatsApp officially, the buttons will act as a standard iPhone dialer and won’t allow placing VoIP calls through WhatsApp. This could be changed when WhatsApp finally rolls out the functionality.

The first button among the two is tucked near the contact name within a chat conversation (SCREENSHOT). A phone symbol indicates the feature. The second button is present on the left side below the top pane, and reads ‘Call’. The buttons inducted in the app are a great addition to iOs interface. And independent of the regular call feature via standard dialer. Users can access the buttons by opening opens a contact’s info page and navigates to the phone number. Interestingly, the roll out of the new voice calling interface for the iOS is quite bigger than what it appeared on Android phones. 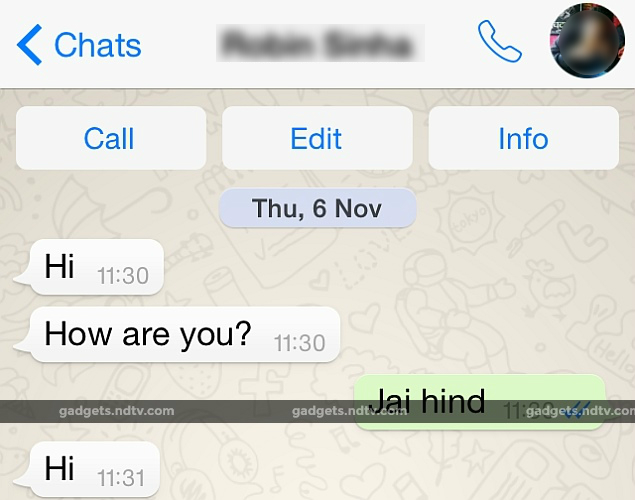 The latest version of the app may be downloaded from Apple store and Google play store respectively for iOs and Android. But, the feature is still not functional on iOs platform. WhatsApp For iOs Gets VoIP Calling Feature.

Follow Us
Latest posts by Sumant Singh (see all)
DO NOT MISS:   WhatsApp Surpassed 1 Billion Downloads On Android