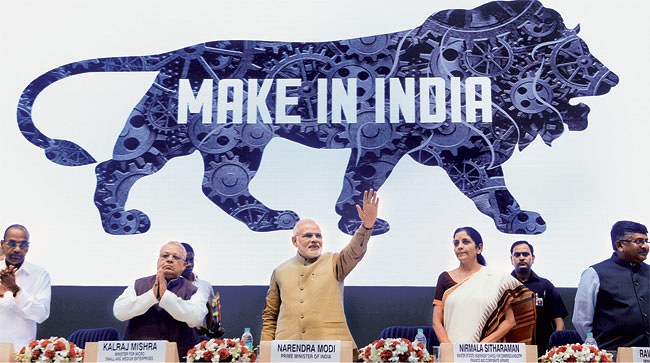 Kudos to Narendra Modi’s dream project Make in India. The results are visible. As per Telecom Ministry reports, production of mobile phones in country has surpassed 100 million units a year, all thanks to the global tech giants setting up their manufacturing units in India. In Global Business Summit, Telecom minister Ravi Shankar Prasad said this.

“Today, I am happy to announce that in December, Rs 1.14 lakh crore investment has come in electronic manufacturing in India. We have attracted around 15 new mobile plants. Earlier in 2014, 68 million (mobile phones) were being manufactured and now 100 million are being manufactured.

The minister also added that the overall sales of Smartphones in fiscal ended December 2015 has also reached 100 million in the country. The mobile phone production in the country has increased by 95% this year as compared to the last fiscal, said Pankaj Mohindroo, founder of Indian cellular Association.

Ravi Shankar didn’t forget to contribute the growth to the multinational majors Panasonic, Mitsubishi, Nidec, Samsung, Bosch, Jabil, Flextronics and Continental who have their manufacturing units the country along with the Indian companies who has been in the business since long.