Want to share a Snapchat story outside its periphery, say Facebook, Twitter or others? Snap is almost having a feature to let you do this. Thanks to a feature underway dubbed “Stories Everywhere”, designed to boost Snapchat’s presence beyond the core mobile. 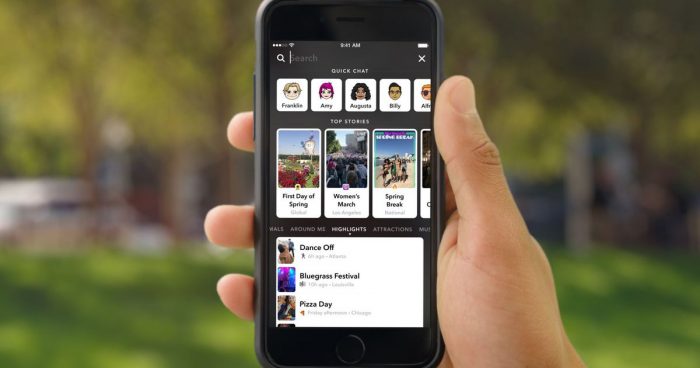 Past few months have been really stressful for the image based social network.  Their ordeal started with stagnate user growth and declining revenue, and grew bigger dropped share prices.

To get the users’ confidence back in it, Snapchat has made sort of serious and noticeable efforts. The social network revamped its design from very scratch. As of now it’s available to select users with more focused feature ‘Discover feed that allows users to get news and entertainment from professional print, TV, and online outlets.

DO NOT MISS:   LinkedIn Crosses 300 Million User Base

With some recent tweaks on almost all the fronts, Snapchat proved that they are putting resources toward increasing the presence of both its user-generated and professionally crafted content across the broader web ecosystem.

To note, former Storyful CEO Rahul Chopra is heading the “Stories Everywhere” project at Snapchat. Here he will focus on increasing user growth and making Snapchat a more engaging destination for news, sports, and other premium video and editorial content.