Chinese smartphone maker Oppo’s sub brand Realme has launched its most awaited Realme XT in Indian market. The phone packs a massive 64-megapixel camera would be a real threat for its closest rival Xiaomi. Here is what all we know about the phone so far. 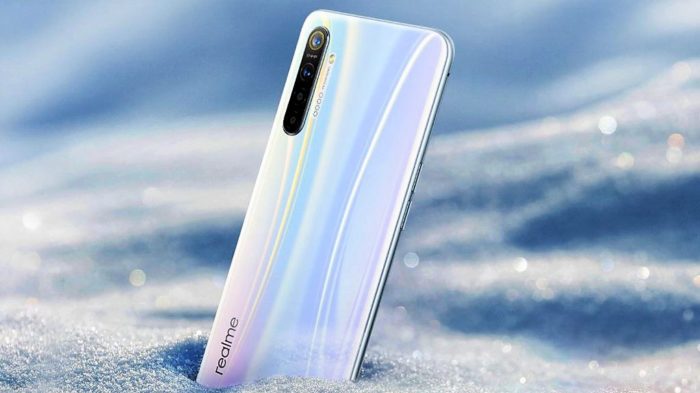 Realme didn’t throw any hint about phone’s launch date. There are rumors that it could be somewhere in late September. Likewise, there are no confirmed reports about the phone pricing at all.

All that we guess is that being a 64-megapixel camera phone with a quad rear camera setup, Realme XT could have a price tag similar to Redmi Note 8 Pro. That means the phone may have a price tag of around CNY 1,399 that roughly translates into Rs. 14,000.

As per the Realme XT specifications are concerned, the phone may feature a 6.4-inch full-HD+ Super AMOLED panel with a waterdrop notch at the top. The phone packs an in-display fingerprint scanner. Phone’s display sports Corning Gorilla Glass 5 protection at the front and the back.

DO NOT MISS:   Samsung Galaxy Note 7 Could Be Launched In India On August 11

The phone houses a 4,000mAh battery with 20W VOOC 3.0 fast charging support. The Realme XT may come packed with a USB Type-C port at the bottom along with a 3.5mm audio jack and a loudspeaker. The phone, as reports emerge will run ColorOS on top of Android 9 Pie and will be available in Pearl Blue and Pearl White color variants.

Other cameras in Realme XT’s quad-camera setup are an 8-megapixel wide-angle camera, a 2-megapixel macro camera and a 2-megapixel depth sensor. For selfies and high quality video recording, the phone features a 16-megapixel selfie shooter positioned in the waterdrop notch.

The Realme XT is perfect for the price point. It has good chip, battery and an amazing build quality with gorilla glass. So, instead of a case going to try the screen protectors from gadgetshieldz to give a clear look to the device.
https://www.gadgetshieldz.com/realme-xt-screen-protectors-guards.html

my personal favorite, bought it a while back, has powerful processing(712 snapdragon processor) and vivid graphics to ensure smooth gameplay and seaming experience, the camera’s a staggering 64MP , so go ahead and get it if u r looking to get a new phone under 20k, its your best option
https://amzn.to/2ZigkAw

29Shares
wpDiscuz
2
0
Would love your thoughts, please comment.x
()
x
| Reply
We use cookies to ensure that we give you the best experience on our website. If you continue to use this site we will assume that you are happy with it.Ok