After Facebook and Twitter, LinkedIn has unveiled its lightweight version LinkedIn Lite. With the launch, LinkedIn attempts to bring more Indian users to the top professional network. 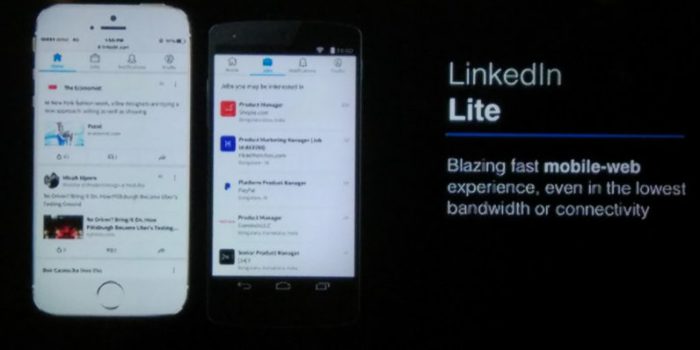 In its official statement LinkedIn uncloaked their ambition of rolling out the lightweight mobile website and LinkedIn Lite app in more than 60 countries over a few months from now.

DO NOT MISS:   LinkedIn Reduces Its Membership Age Limit From 18 to 13.

Announcing the launch of the LinkedIn Lite app that the company hoped to “democratize access to economic opportunity” by enabling more users to access its network. To recall, the step is being seen as LinkedIn’s attempt to come in line with Twitter and Facebook that have launched lightweight Android apps to serve users with lower-end devices and spotty access to the internet.

Latest posts by Natasha Mayer (see all)
DO NOT MISS:   LinkedIn Crosses 300 Million User Base