Google has recently announced two most anticipated key changes its image search. First change that company made is to remove Google’s “view image” button and the second change is to remove the “search by image” button. Marketers and publishers hailed the changes as they were desperately looking for it since long. 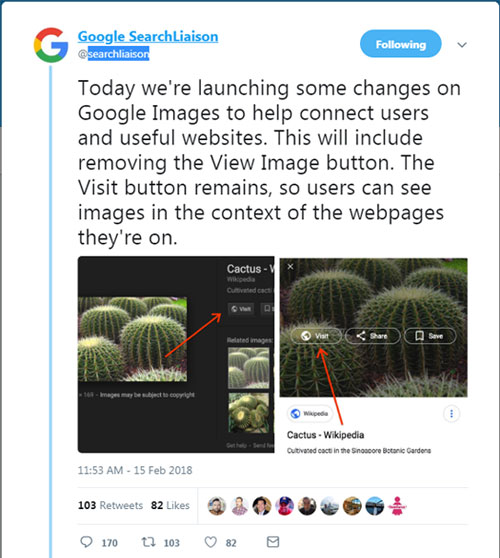 Many publishers in past requested Google to remove view image button as they felt that helped content thieves steal their images. Another reason behind the removal of the feature could be the settlement of a legal complaint between Google and stock photography company, Getty Images.

Search by image is another feature that Google finally removed after receiving several complaints from marketers that feature encouraged content piracy. Google took to twitter to announce (screenshot attached) that search by image feature is no more available, however, users can still use reverse image search from the search bar of Google images.

DO NOT MISS:   Invest the Time, and Bitcoin mining Could Make You Real Money

It’s yet to uncloak how the changes would impact the discovery of images for image content piracy. Stay tuned for more on this.

Follow Us
Latest posts by Sumant Singh (see all)
DO NOT MISS:   Top 10 Mobile App Development Companies Around The Globe