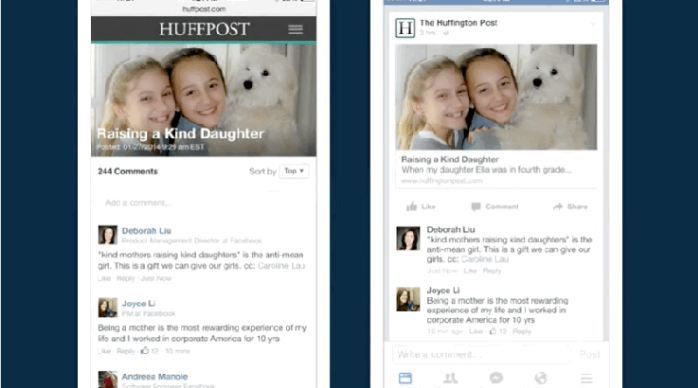 The new tweak in the commenting system will bring several advantages. The primary benefit will be the increased engagement on Facebook and a chunk of new audience to the page.

DO NOT MISS:   How To Stop Facebook Video Ads From Playing Automatically

The idea behind the unification of commenting on sites and their Facebook pages is to tap and track conversations more easily. The new commenting system will also help Facebook to address growing complaints of Facebook’s comment spam.

The new commenting system is under testing with some premier publishers like Huffington Post and BuzzFeed. It will be made available to other publishers ahead of a wider launch.

Follow Us
Latest posts by Sumant Singh (see all)
DO NOT MISS:   Facebook Launched Ad Manager iOs App To Manage Ads On The Go