BlackBerry’s all-touch model BlackBerry Motion is ready for its mega launch. The phone that is expected to be an exclusive for Verizon, AT&T and Sprint, would be launched in Canada on November 2. No word yet when the phone makes it way to the U.S. 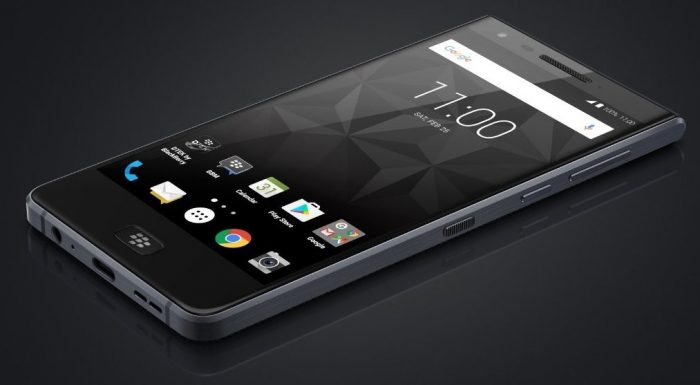 From November 2 onward, the phone will be available from Koodo and in select Bell, TELUS and SaskTel stores priced at $99 CAD (equivalent to $77 USD at current exchange rates) with a signed two-year pact. Buyers can grab the phone in regular retail price as well that would cost them $450 USD.

“Working with our partners in Canada to launch our newest BlackBerry smartphone gives us the opportunity to bring our expanded portfolio to this important market, delivering new experiences while remaining steadfast with legendary privacy, reliability and productivity that have made BlackBerry so iconic over the years. The BlackBerry Motion is an exciting addition to our growing BlackBerry smartphone portfolio in North America, and it sets a strong foundation for additional portfolio growth in this region in the years to come.”

On specification front, the BlackBerry Motion houses a 5.5-inch LCD display with a 1080 x 1920 resolution. The phone has Snapdragon 625 chipset under the hood, coupled with 4GB of RAM and 32GB of native storage. The internal storage of the phone is expandable up to 2TB using a micro SD card slot.

The phone is powered by a massive and durable 4000mAh battery that company claims, can offer 32+ hours of mixed use. The phone is equipped with Quick Charge 3.0 that charges 50% of battery in just 40 minutes.

For photo frenzy clan, the BlackBerry Motion flaunts a 12MP camera featuring an aperture of f/2.0 and an 8MP front-facing selfie snapper.

Furthermore, the phone comes with IP67 certification. That means the phone can be submerged in water as deep as 3.3 feet for as long as 30-minutes. The device gets a fingerprint scanner embedded in the home button underneath the screen.

The BlackBerry Motion runs ‘Android 7.1’ operating system. It would be upgraded to Android Oreo over time and will get monthly security updated at least for two years, claims the company.

DO NOT MISS:   Samsung 5100 mAh Battery Pack Up For Sale in America