E-retailer Amazon seems ready to foray into the wearable segments. If reports are to be believed, the e-commerce giant is planning to launch smart glasses with built-in Alexa voice assistant.

A report appeared in Financial Times hints that the company may launch smart glasses that will be similar regular glasses and will designed around bone-conduction technology to hear Alexa without earphones or conventional speaker. 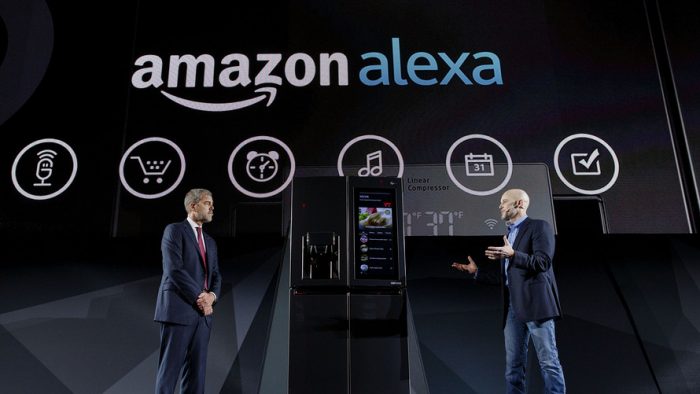 The portal further says that Amazon could use a technology similar to one in Google glass but it may likely skip camera or screen.

It’s also being speculated that Google Glass founder Babak Parviz would be leading the entire project. To recall, Babak Parviz is an ex-Googler whom Amazon hired in 2014. The smart glasses are also expected to tether to a smartphone.

DO NOT MISS:   Google Drive For Android Gets Drag And Drop Support

The report further states that Amazon is working on a home security camera that the company could tag with recently launched Echo Show device.

As per reports, Amazon could launch one or both of these products by this year alongside long anticipated upgrades to its Echo products. The company is also working on robust and advanced version of its original Echo speaker launched in 2014.

Latest posts by Genelia Timothi (see all)
DO NOT MISS:   Wikipedia Revamps Its Mobile Design To Focus Contributors