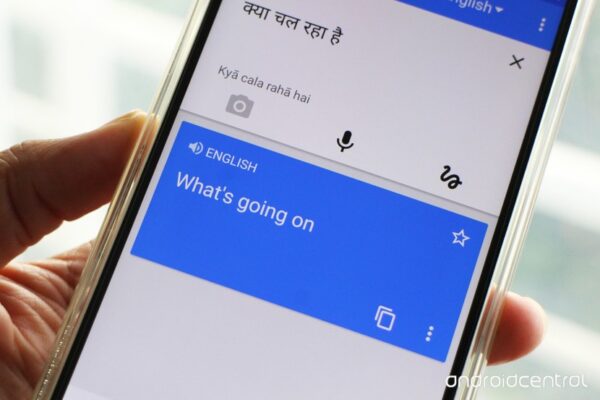 English translation has been deemed the best mode to understand anything written in Hindi. Now some of the Best sites and apps for english to Hindi translation are available on the Google Play Store or App Store that you can use. However, several of these apps have numerous advertisements and most applications have problems when translating specific words.

Most people would be familiar with English when it comes to using a Smartphone or any other gadget. However, if Hindi to English translation has been one of your main concerns, consider these Hindi to English Translation Apps to meet your specific needs.

Google Translate has been one of the most popular translation apps made available for both iOS and Android. It would be pertinent to mention here that through the Google Translate app, you could translate nearly 103 languages using the typing method.

The application entails a popup feature that translates the copied text in your app with a single tap. In the event, you do not have internet connectivity, do not fret, as Google Translate works offline as well. It also encompasses camera mode, through which you could translate the text in Hindi to English by taking a picture. The app caters to you with a dual-mode instant speech translation.

Hindi-English Translator has been another application for Hindi to English translation needs. It would not be wrong to suggest that the application has been the lightest app for translation, occupying only 2.7MB size in the iOS or Android platform.

This free-of-charge Hindi to English translation app could translate English to Hindi and Hindi to English words along with complete sentences. The app has been relatively quick and user-friendly. It supports two languages, Hindi and English, in an easy-to-use way.

The user would be comfortable using the copy and paste technique or voice input feature for translating the Hindi text to the English language. The app features several interface settings, favorites, and History options to save a specific sentence or word.

Hi-Translate has been free of charge translator application made available for both iOS and Android platforms. This great application applies for translation purposes to almost any application such as WhatsApp, Facebook, Twitter, and more.

To make the most of this feature, you have to drag the floating ball to the text or double-click the floating ball. It would help you translate the Hindi text into the English language. This is another best site to translate English to Hindi that supports image translation as well. The app supports 88 languages, applicable to most of the applications, and offers image translation and drag feature to translate options.

The English to Hindi translation app helps you with any camera translation for translating the text into photos and screenshots. Yet another feature of the app is two-way chat support. It would immensely help people looking forward to chatting with foreign people without you knowing their language.

The drawbacks of the app have been its heavy size and the wrong translation of a few words and sentences could frustrate the user.

Transit has been one of the best Hindi to English Translation Applications made available for both iOS and Android. The app offers a drag translation ball feature to help you translate the languages in the best possible way.

The English to Hindi translation app download supports more than 100 languages offering an automatic language detection feature. It would help you detect the language without any hassle. The feature would conveniently detect the source of the language and translate the text into the language you need. The only drawbacks of the application would be numerous advertisements and not so user-friendly interface.

It is one of the best multilingual apps for your specific text translation needs. The app supports more than four dozen languages inclusive of the Hindi language. The basic desirable feature of the app includes cross-language translation, offline support, definitions, pronunciations, example sentences, and similar stuff.

The clean and simple UI of this Hindi translation app would help translate between any of the supported languages. The free of charge supports numerous languages.

Google Play Books have been a decent app for multilingual translation needs. You could purchase it on most eBook platforms with ease. Among the several benefits offered by the application, you could make the most of its thorough features a little easier than applications. However, the app would cater to you with additional functionality.

In a majority of cases, the app would be highly cost-effective. It would also help you synchronize between your devices as long as you log on to the apps on those devices. You could download the app for offline use if required. It would be a great way to do it the old school way in a new school format.

Hindi Dictionary has been a perfectly serviceable Hindi to English dictionary. The feature would use usual stuff like cross-language translations and definitions. The autosuggestion feature, pronunciations, and complete offline support is a boon for people looking forward to translating Hindi text to the English language.

The English to Hindi translation app would provide synonyms, antonyms, and a wide variety of little games and lessons for practice. However, a slightly old UI would not deter the active development of the application. It would be an excellent option for people looking for something simple than most available options.

Simply Learn Hindi is the best language learning app and a popular as well as free Hindi to English translation site. However, it would function better as a Hindi phrasebook. It comprises numerous common words, phrases, audio pronunciations, flashcards, a bookmark system for saving your favorite phrases, and more tools suitable for your specific needs.

You could entertain yourself with play pronunciations more slowly to understand it better. The free version comprises nearly 300 phrases and works for many. However, the full version consists of everything to provide you with a better experience.

Both Microsoft and Google provide Hindi Speech Translator services. They would use their cognitive services for translating spoken words and phrases from Hindi to English. You could also hear the translation spoken aloud for some languages.

Genelia is the chief editor at Bloggingrepublic.com and manages our Content Writing projects. She is an avid freelance writer / editor with 8+ years of experience in working with top notch online publication viz. Huffpost, IB Times and Yahoo. View all posts by Genelia Timothi