If you’re looking for easy-to-use VPN client that you can easily configure, we have a list of as many as 10 free VPN alternatives other than OpenVPN. These services are open source and can be setup quite easily. The list is random as we didn’t test the features of each separately. Before setting up any of the best free OpenVPN alternatives listed, it’s advisable to visit the website of the VPN service to check out for their pros and cons.

OpenVPN is an industry leading VPN client for creating secure end-to-end private server connections. Its leading security protocols are used by mainstream VPNs for enhancing security and privacy. However, if you’re a novice, OpenVPN’s advanced settings may puzzle you with complex settings. 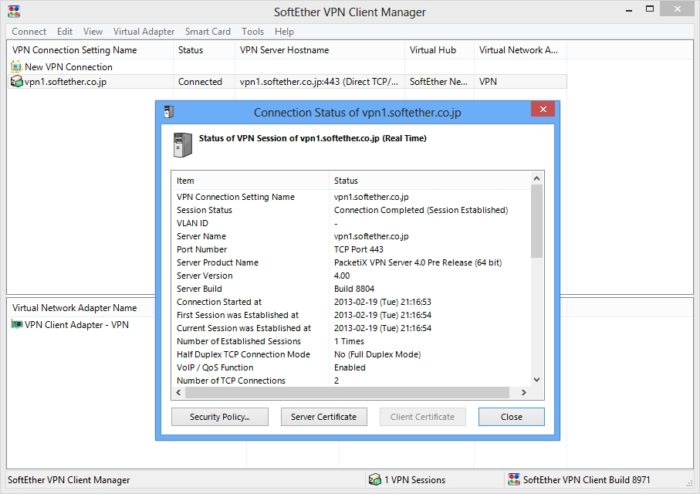 SoftEther VPN tops the chart being the most used alternative to OpenVPN. Both the services are open-source and multi-platform and backed by several top notch security protocols.

The SoftEther VPN enables you to choose a protocol that you think suitable for you and sets you go. Started as a university project, the VPN became a huge hit globally. It’s now being used worldwide to provide free and secure VPN service to the users.

The VPN is built on OpenVPN security protocol. Therefore you may find several security features in the service quite similar to OpenVPN. Some of the most sought after features it offers include L2TP/IPsec, SSL, and Microsoft Secure Socket Tunneling Protocol. In case you’re looking for a VPN equally powerful and robust, SoftEther VPN won’t disappoint you. 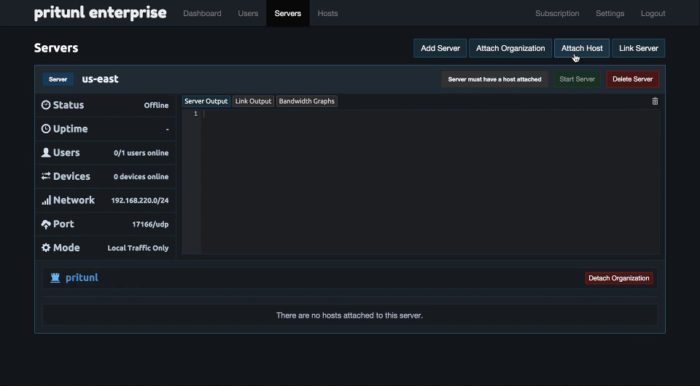 This VPN is quite perfect for beginners who just want to set up a simple VPN server. It’s popular for its friendly interface. If you want to setup a personal server with standard features, then you can go with Pritunl.

This OpenVPN alternative is an open source application that’s available on almost all the platforms. Although, it’s not as powerful as OpenVPN, it doesn’t disappoint in terms of features.

Pritunl runs on OpenVPN’s security protocol and offers some very crucial security features like OpenVPN profile import, URI configurations and ability to add servers directly. If you are impressed by these features, there is no harm in giving Pritunl a try. 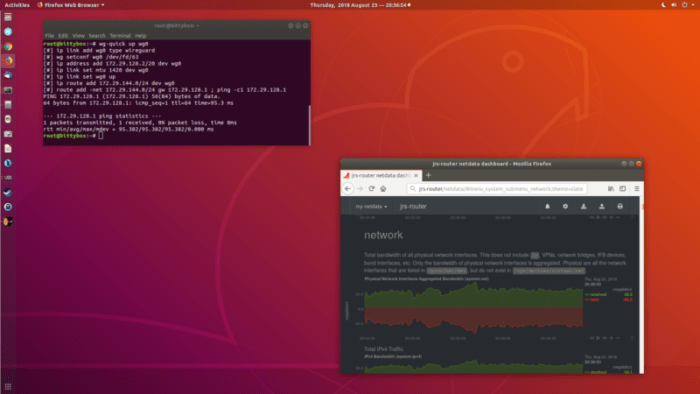 Wireguard is the third alternative to OpenVPN in our list. The service is popular for its user friendliness and high end security features it offers. This VPN is developed around SSH protocol with additional security features and cryptographic services such as Curve25519, Poly1305, and SipHash24.

They altogether offers additional layer of security for data exchange. This is the major reason why Wireguard is most preferred VPNs in the list. Another noteworthy feature of Wireguard is that it uses simple SSL protocol to encrypt and transmit data. If you’re exploring a suitable VPN with great features and flawless security, Wireguard is the answer.

DO NOT MISS:   Top 10 Most Popular Website Builder Templates 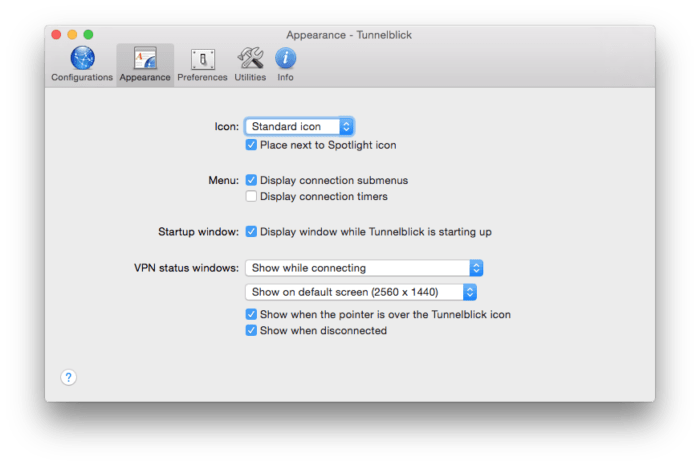 Tunnelblick is an OpenVPN alternative for Mac users. It’s designed for macOS users and offers full support for Sierra, High Sierra, and the latest macOS Mojave.

This is a free open source VPN and supports both OpenVPN and Apple’s native security protocols. Using Tunnelblick users can connect VPN without consuming huge chunk your Mac’s resources.  The VPN comes packed with some noted features like server configuration, protocol check and IPv6 tunneling. 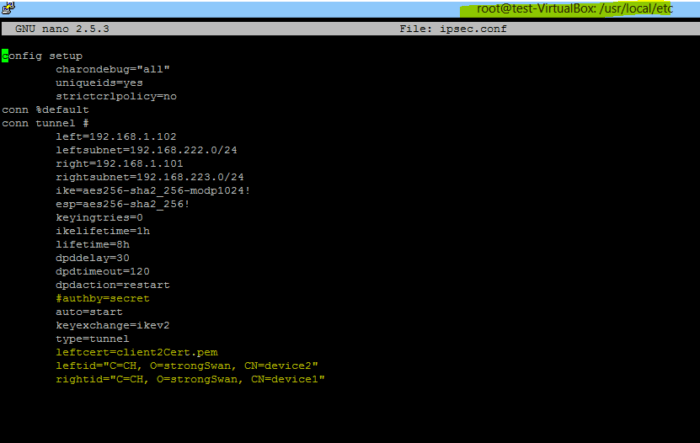 StrongSwan, our next OpenVPN alternative in the list is another open-source and free VPN. This VPN differs from With OpenVPN in a way that it uses latest IPSec protocol along with IKEv1 and IKEv2 for exchanging keys, while OpenVPN relies on its custom security protocol which is a mix of SSL and TLS protocols. StrongSwan is as powerful as OpenVPN. 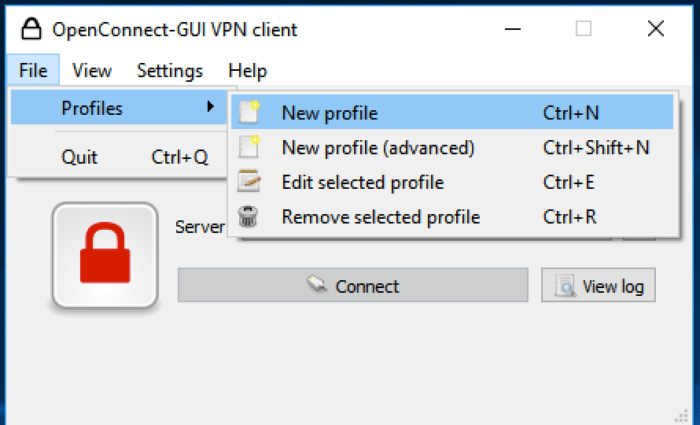 This is an ideal OpenVPN alternative for Windows and Linux. Before making available for Windows, the VPN was built only for Linux as an alternative to Cisco’s AnyConnect VPN client. Later on, many open source communities came together to push its development. And very soon OpenConnect turned to be a key standard for many reputed VPN clients.

Technology wise, OpenConnect is built on SSL security protocol. It allows users to implement own servers, encrypt data exchange and import server configurations. OpenConnect is undoubtedly a great choice over OpenVPN. There is no harm in given it a try. 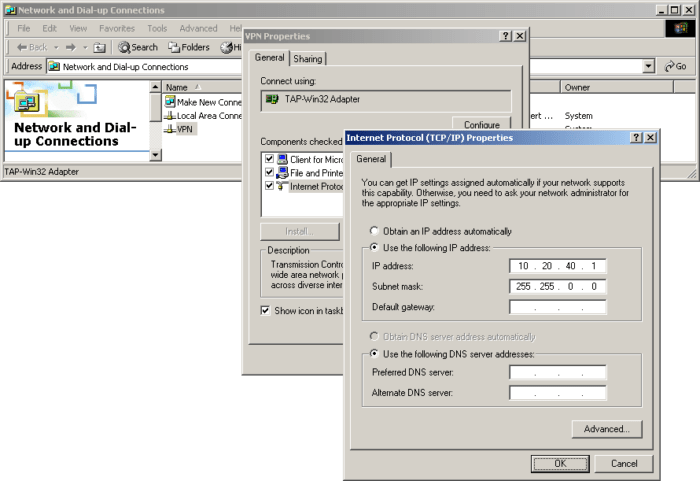 Tinc VPN is a pretty useful and power packed OpenVPN alternative without any GUI interface. It’s a command line service so ideally not suitable for general users who are unaware of complex command line coding. Only programmers and ace coders can use Tinc VPN to tunnel their network. This is an Open Source VPN and comes for free.

The VPN is built on SPTPS protocol that improves VPN’s performance. Besides, Tinc VPN also implements SVPN protocol which is responsible for encrypting the data to protect privacy. The VPN even offers other configurations as well including force-encryption, open-port checking and finding vulnerabilities. 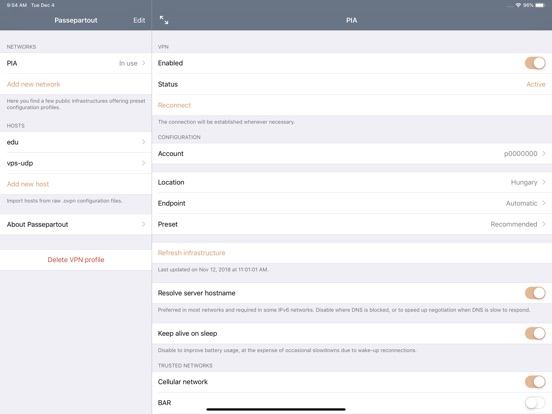 Passepartout is an alternative to OpenVPN for iOS users. The VPN has been built OpenVPN security protocol at the base with an innovative design and intuitive interface. The app offers almost all the features that OpenVPN offers.

Whether it’s to access the Networks or using the Siri Shortcuts, Passepartout offers it all. Using this fully featured OpenVPN alternative, you can create a personal VPN on your iOS device without fearing privacy breach. 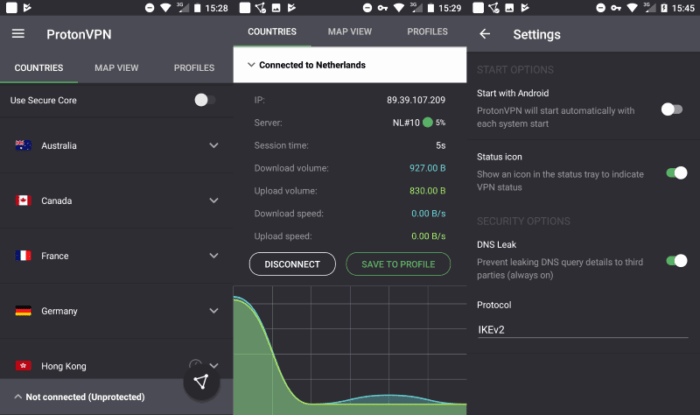 This Open VPN alternative is a fair choice for the users who want a VPN just for browsing internet privately. ProtonVPN has its servers spread across many locations and offers a free plan with unlimited data. What may disappoint you is that the free plan is limited to three countries only.

However, ProtonVPN is the most secured and safe VPNs on the block and protected by stringent privacy laws. The service is built around OpenVPN and IKEv2/IPSec security protocols in order to safeguard data exchange.  The ProtonVPN also put in place military-grade 256-bit AES encryption to protect internet activities.

TunnelBear is the last entry in the list of best free OpenVPN alternatives. Its privacy and security features are as stricter than OpenVPN. TunnelBear’s free plan comes with 500MB per month for free users with good speed and no data logs.  For casual browsing, TunnelBear is the best choice. If you want to have some additional data, just make a Tweet to TunnelBear.

The service uses OpenVPN protocol. However, for iOS platform it utilizes IPSec protocol. Like OpenVPN, TunnelBear protects your data and privacy with some of the best security protocols endorsed by the industry. It firewalls your data with 256-bit encryption.

That’s all with our list of 10 best free OpenVPN alternatives. The list includes the VPN services that are safe, secure and ensure maximum data protection. You can see that most services listed are Open source and come free. The VPNs in the list are backed by some very advanced industry leading security protocols. Go get your favorite VPN alternative from the list and tell us in the comment box what you really liked about it.

33Shares
wpDiscuz
0
0
Would love your thoughts, please comment.x
()
x
| Reply
We use cookies to ensure that we give you the best experience on our website. If you continue to use this site we will assume that you are happy with it.Ok