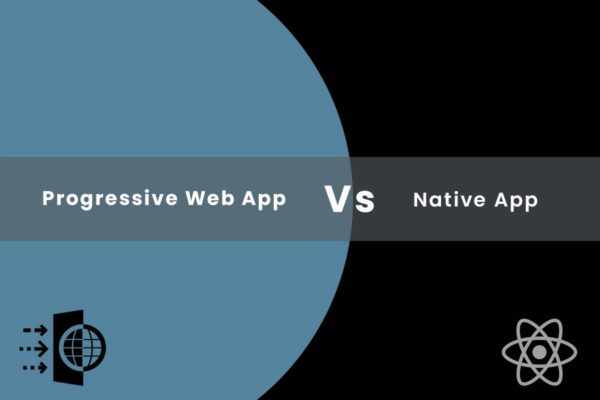 Progressive web apps (PWAs) are building new opportunities for developers to improve the quality of the user experience they provide. The seamless display of web pages in a browser allows users to easily access a mobile app, leading to an increase in user engagement and session time.

Risk In Picking Native Over PWA

For example, according to a performance case study, Tinder found out that implementing PWA cut down the loading time by half in comparison with the native app.

Moreover, it also witnessed improvement in session time, increased engagement in terms of messages and swipe, with PWA. Similarly, research also shows that users of Pinterest prefer spending 40% more time on their PWA instead of their mobile website and this leads to a 44% increase in the core engagement.

However, there are many developers who still choose to make a native app due to the benefits that can be ignored or replicated by a PWA. But, it always comes down to the developer’s preference and the core functions of the app. Hence, in different situations, the risk of choosing to build a native app or PWA varies.

So, it is absolutely necessary to analyze the pros and cons of each type and which type will reduce the risk for the developer. This helps ensure the resources that are spent on building the app don’t go to waste, and the final product is successful in serving the users and enhancing the overall performance of the app.

Where PWAs are getting the regular performance and features improvements, the native apps are becoming more accessible with the help of frameworks like React Native, Flutter and Cordova.

In this blog, we will look over the benefits of choosing each type of app, and what are these scenarios for wanting to build both kinds of the app to mitigate the risk for development.

The primary benefit that comes with creating native iOS or Android app is that it helps you smoothly interact with other native apps. For example, it would make sense to build a native app if you primarily want your users to connect with Facebook seamlessly.

When you build a native app, there is a range of developer-supported tools and frameworks based on the operating system you use. Whereas, PWAs don’t have the same level of platforms to simplify and streamline the development process, as they are not developed for a specific platform.

Native apps are able to align payment processing with a user’s app store, and this ensures better user experience when making purchases and subscriptions. On the other hand, monetization in a PWA requires the incorporation of its own payment system. However, just like in the case of Tinder, longer session times and higher engagement may balance it out.

You can publish both native apps and PWAs on the App Store, but the process is more complicated for a PWA. You have to write a native wrapper that presents your app’s native iOS capabilities, to get live on the App Store. You are also required to submit the proof of being a legal and registered business.

Learn more about going live on each app store here.

With a more comfortable way to the app store, you find more time to focus on App Store Optimization and Apple Search Ads. ASO and ASA, both help you gain high-value users, who have shown intent of looking for similarly functioning apps like yours.

Native apps better facilitate you to implement dynamic security features, like two-factor authentication, as the necessary device information is available to the app. PWAs require separate security certification, whereas native apps can use TLs certificates to embody higher security standards.

Native apps are a suitable option for many developers, even when PWAs outperform them in several ways.

Progressive Web Apps use service workers to direct requests, caching, and for the storage of shell data. This means the app shell will load faster in comparison to native apps. PWAs load quicker when the users aren’t connected to the internet, but users can only access the new information when they reconnect.

As the loading speed has a significant impact on user engagement and retention, this is a huge benefit of building a PWA instead of a native app.

PWAs deliver a more unified experience and interface when users install the app in their device and their browser. This means users don’t have to learn more than one interface, which often frustrates them when anyway.

It is a very cost-effective option to build a PWA that works on multiple platforms, as it drastically reduces your workload. Additionally, developing different native apps for iOS and Android will also take up time on building new features and getting through regular updates on the OS.

As we mentioned above, it is easier to make native apps live on the app store, but a PWA still gets better online visibility due to its nature. Progressive web apps are built with app-imitating web pages, which means users can find you in the app store, as well as online.

This means you can use SEO to reach out to valuable users effectively. This also enables users to easily share the URL of any page with friends and family, increasing your opportunities for organic, traffic, engagement and growth.

This brings us back to the ultimate question, is there any risk in picking native app over progressive web app for developers? As we previously talked about it, building a native app can cost more and might require compromise on seamless, unified user experience.

But to clarify, there is no inherent risk in picking native over PWA, as long as you are aware of all the factors and with consideration to your target audience and app features, it makes sense to choose a native platform. 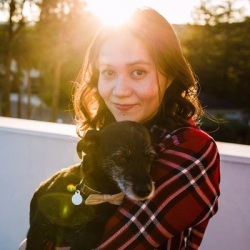