Toyota, the Japanese multinational automotive manufacturer is the second largest automotive manufacturer and the sixth largest company in the world by revenue. In the world’s market, Toyota is the leader in sales of hybrid electric vehicles and hydrogen fuel-cell vehicles. The legacy that the 1937 founded company has created is difficult to match.

Every vehicle that Toyota manufactures carries not just its brand logo but also a promise of more comfort, easier maintenance, and better overall quality. 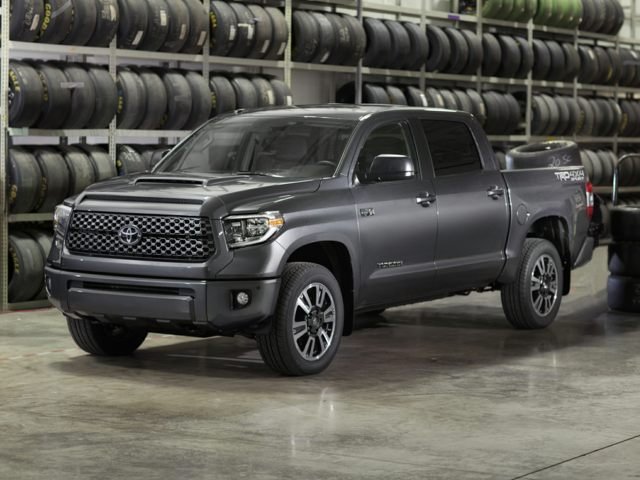 Some of the pioneer powerful and rugged vehicles from Toyota are Toyota Tundra, Toyota Hilux, and Toyota Tacoma.

The Toyota Tundra is one of the best powerful and rugged vehicles out there. It traces its success not just because of the Toyota brand value but because of its capability which it has got in plenty.

It is available in standard 4.6-liter and an optional 5.7-liter, both of which combine with a six-speed automatic and rear or four-wheel drive. Though the fuel economy of the Tundra is not very promising still, it’s a vehicle that you can trust.

The latest model of Tundra is highlighted by an updated paint color palette and the return of the four-wheel-drive TRD Pro off-road model. It also has new Fox internal-bypass shocks, 18-inch BBS wheels with all-terrain tires, LED head and fog lamps, a protective skid plate, a TRD Pro exhaust system, and other features.

The available variants are:

The towing capacity of Tundra is 10,500 pounds which is greater than what most people require for their chores. The suspension in Tundra is firm, as a result of which every bump is transmitted into the cabin. Its braking system is capable of hauling the truck down from 70 mph in around 190 feet.

The fuel economy of this vehicle is not good. The EPA rates the rear-wheel-drive 4.6 liter V-8 at just 15 mpg city and 19 mpg highway.

Interior: 2018 Toyota Tundra has a spacious cabin but the material used inside feels cheap. The color scheme could have been better. It has got ample rear-seat legroom. Its infotainment system is average. It functions adequately and responsively but never intuitively.

The base models have a 6.1-inch touchscreen while the SR5 trim and up have a 7.0-inch unit. Advanced trim levels have an enhanced package that adds more speaker for the audio system and integrated navigation.

The Tundra is well-equipped with standard driver-assistance features. Its 2018 Toyota Tundra includes, Toyota Safety Sense-P (TSS-P) is standard and has a collection of safety and driver aids, including forward collision warning, automatic high-beams, and other such features. Lane-keeping assist is unavailable.

The Toyota Tacoma has earned the reputation of being a stupendously reliable midsize pickup truck. It has undergone very little transformation since the model first rolled out of the factory.

It is an edgy alternative to more evolved mid-size competitors. Its driver-assistance features including automated emergency braking and adaptive cruise control is also very impressive.

The latest model of Tacoma has minor interior updates and revisions to the TRD Pro model. A newly available TRD Desert intake round out the changes.

The available variants are:

DO NOT MISS:   Nissan Pathfinder Does Justice to Its Name

Though the base 4-cylinder engine is underpowered the optional V-6 engine provides decent performance. The Limited and the TRD Sport are built for city driving, whereas the TRD Pro and Off-road variants are designed for rough and rugged paths. The Tacoma has the capability to tow up to 6800 pounds.

Toyota Tacoma has a utilitarian layout. The material used in the cabin is also outdated. Power-adjustable seats are not present. The legroom provided in Tacoma is not satisfactory. The Entune infotainment system has pleasing graphics. The menu present is easy to operate and read. The system is capable of recognizing voice commands.