So, finally on this lazy Monday evening, I decided to watch Gunday. Irrespective of being an action movie with Ranveer Singh in it, I decided to watch it for Arjun Kapoor and Priyanka Chopra. Set in Calcutta’s unsettled times of the ‘70’s; the film showcases the inseparable life of Bikram and Bala. The refugees from Bangladesh turns into gun couriers then coal bandits, then Calcutta’s most loved, very reckless, highly fearless, and powerful GUNDAY.  The movie opened with a long background explaining, then seemed like a childish effort stolen from Gangs of Wasseypur.  The embezzlement of coal by kids who technically had no money and contacts looked naive. However, I still bought it and waited for the kids to grow up.

Then came Ranvir and Arjun with their stunning (little too much) 24/7 gym worked out bodies. Still believable- Bollywood cannot work with normal bodies these days. Anyway, so these guys were remain illiterate for their whole life and still manage to build up an empire and open many hospitals and schools with the help of their only literate colleague or Dada –Saurabh Shukla.

DO NOT MISS:   Top iOS 8 Features You Will Love

Even if they had not shown all this, the audience would have guessed it. Priyanka’s entry is quirky and enjoyable but unfortunately that is all to it. From the very beginning, one can easily guess that she is a cop….after all. Priyanka can’t settle for just a cabaret girl’s role.The story ahead is predictable – The love triangle, the misunderstanding, the hatred, the explanations and in the end, the unity of the two heroes again.

Well, so the entire movie, I kept predicting and then feeling excited to see it actually happened. It was a game. The movie immensely lacked any element of freshness or newness. Even Priyanka looks her very regular and fail impress as a cop. (Remembering her performance in DON).

Ranvir — well, he works very hard and unfortunately, it is visible on the screen. Arjun is good but we have already seen his act in Ishaqzade… so nothing new.

DO NOT MISS:   Hand on Apple iPhone SE Review: A Monster in Making

Below average…. I fast forwarded almost every song except for the romantic number Jia. Few songs like the one between Arjun and Priyanka come as fille.

It has been shown that both Ranvir and Arjun are illiterate, still in the end they read a mines-to-blast danger sign and pull the lever to blast the area. 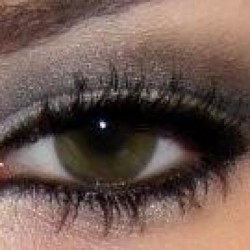 Latest posts by niharika (see all)