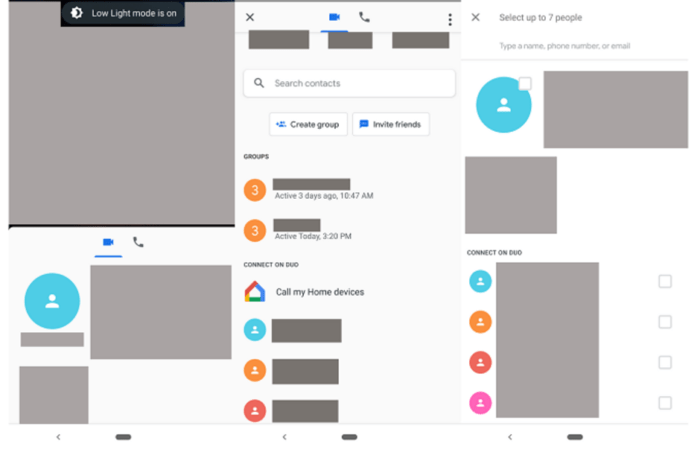 The move appears to be Google’s calculated move to compete Apple’s FaceTime that offers group video chats with up to 32 people. Alongside, the feature is backed by a Low-Light mode utility that will allow users to use video chat feature in low-light conditions.

The screenshot from Android Police suggest that the Group Video Call feature in Google Duo is limited to seven people at the same time.

DO NOT MISS:   Virtual Assistant Market Research and Future Opportunities

However, you are allowed to create more than one group. These groups will appear at the top of your contacts list. The feature is under testing with a select group of users.

The Low light feature lets users having an uninterrupted Duo video chat in low light conditions. The app detects a low-light condition and pops up a window to ask if you want to enable the low-light mode.

You can also make settings to enable the feature automatically whenever it detects a low light condition during chat.