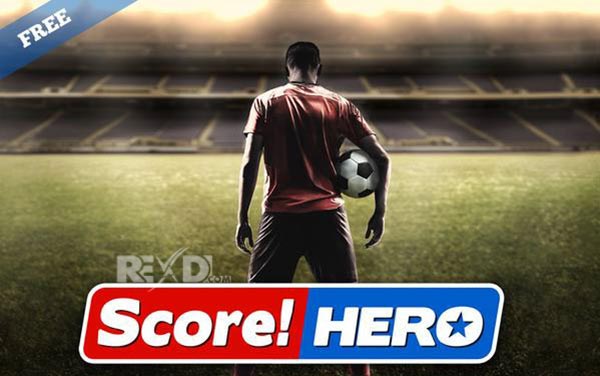 Other than fieldwork, many things have become virtual in this digital world where the game is the most important thing. People find many different games on their mobile phones that attract almost all the peoples even from kids to teenagers and even adults. Nowadays the most popular among those virtual games is football.

EA Vancouver and EA Mobile develop FIFA soccer. EA Sports published it on October 11, 2016. FIFA soccer is the most popular virtual game globally, and not only this virtual game, even the name called FIFA since there is a real field match on this name.

In this game, there are many players available from which you can choose and build your team. The basic requirements to play FIFA soccer on your mobile are the Android version of Android 4.2, 1GB RAM, and chipset AMD-based.

Another important feature of FIFA soccer is it is a 11vs11 game where you can select your team players from more than 500 teams. Under your command, you can start a powerful league and can enjoy the whole 90 seconds games by turning on the attack mode.

Dream league soccer is one of the most demanding games, and it is a free football game for Android mobiles. These virtual games have various features where you can create your own team and compete with different professional and friendly matches around the globe.

You can also recruit managers and coaches, and it gives you a feel of the real league. The basic requirements to play dream league soccer on your mobile are the Android version of Android 4.4, 2GB RAM, and the space of 440MB.

In a dream league soccer virtual game, you can able to participate in the 7 cups tournaments, and there are a lot of live events where you can take part. Even you can customize and develop players and logos for your team.

This gives you a realistic experience because you are allowed to design the stadium and showcase the audiences and players. Also, this game shows you the leader board and raking lists.

PES means Pro Evolution Soccer that is developed and published by Konami for the Android and iOS platforms. In PES, there are various modes available for the players to grind since it has plenty of attractive features when it comes to gameplay.

The basic requirement to play pro evolution soccer on your mobile is the Android version of android 5.1, 1GB RAM, and the space of 1.5GB. In PES, audio has played a major role because this game has various effects. The only thing is there will be no name on the player’s jersey.

In this game, there are weekly events and challenges to win different types of rewards where you need to join online and make your team participate in those events. If you are looking for high-quality graphics and realistic animations, then you can choose this pro evolution soccer. This will satisfy your needs.

Real football is almost similar to FIFA and pro evolution soccer in terms of gameplay, but the gameplay mechanics are quite different from those two games. The game is developed and published by Gameloft.

This is released on September 18, 2017. The basic requirements to play Real football on your mobile are the Android version of Android 4.1, 1GB RAM, and free space of 100MB. Real football has perceivable gaming rules and functions that are easy for the players to understand.

Some amazing features of this game are customizing and building your team to compete with others. Also, you can challenge other players by turning on the asynchronous PvP World Arena mode.

Score! Hero is developed and published by First touch games on August 5, 2015. It has been the best mobile football game for more gamers. This Score! Hero is available for both Android and iOS platforms. You can try this to be a hero in the virtual football game.

As per their name, it makes you a hero for this virtual football world. Score! Hero is the most recommended soccer game for Android, where it is easy to play but hard to be the master. But nothing is impossible, right!  If you give your best while playing, of course, you can be that master of this virtual game.

Some features of Score! Hero is it includes over 500 exciting and challenging levels and satisfying graphics and sound system systems. It offers you plenty of exciting tournaments where you can take part and win trophies, medals, coins, etc.

It is one of the fun soccer games and also the best multiplayer soccer platform with realistic graphics. Soccer star is built for android mobiles where there are plenty of players and items to collect.

Football is one of the biggest sports that have gain fans around the world. As you have seen above, there are still more games available for gamers who want to enjoy the game virtually, but you should make this a part of the enjoyment.

It is not advisable to spend your entire day playing virtual games. It might also affect your health. Side by, you can also get exposure to playing football on the field to be very good for a healthy life.