Xiaomi’s next flagship note device Redmi Note 5 is all set to come out of the closet. The device was spotted at Chinese certification website TENAA recently. As per Xiaomi Redmi Note 5 TENNA Listings, two new devices surfaced on the website with the model numbers MET7 and MEE7.

Both the devices are shown up with almost similar specifications. This leads to an idea that these listing are of two variants of the same smartphone. Though, listings don’t mention the name of devices, we can guess them the variants of much-awaited Note 5 indeed. 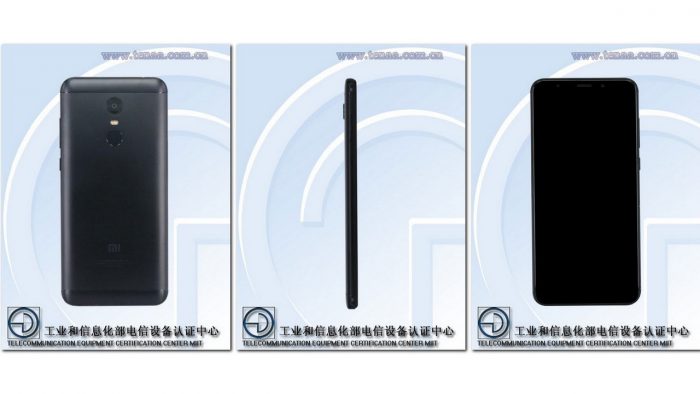 The listing reveals a bit of the expected specifications of the phones. The Redmi Note 5 may have an 18:9 full-screen display, the first of its kind in any Redmi device. The company had bezel-less or edge-to-edge displays in past, but they were limited to its premium Mi Mix range of smartphones.

As they are bringing a bigger display to the budget smartphone range like the Redmi Note series, it would indeed be an astounding move.  The listings further reveal a rear camera around the top half with a dual LED flash and a fingerprint reader below it.

The phone Redmi Note 5 is expected to come with an 18:9 LCD display that measures 5.99-inches. The screen sports a FHD+ resolution (2,160 x 1,080 pixels).  TENNA listing suggests the device features a 2 GHz octa-core chipset, though, didn’t throw an idea whether it is a Qualcomm-made, Snapdragon 630 or MediaTek P25 chipset.

The phone will come in 3 GB or 4 GB RAM options and could flaunt a 12 MP primary camera and 5 MP Selfie camera. Furthermore, it will be coming with a dual SIM setup using hybrid slots to accommodate a microSD card as well. The phone is set to be a Android 7.1.2 Nougat device runs on Xiaomi’s MIUI V9 inside.