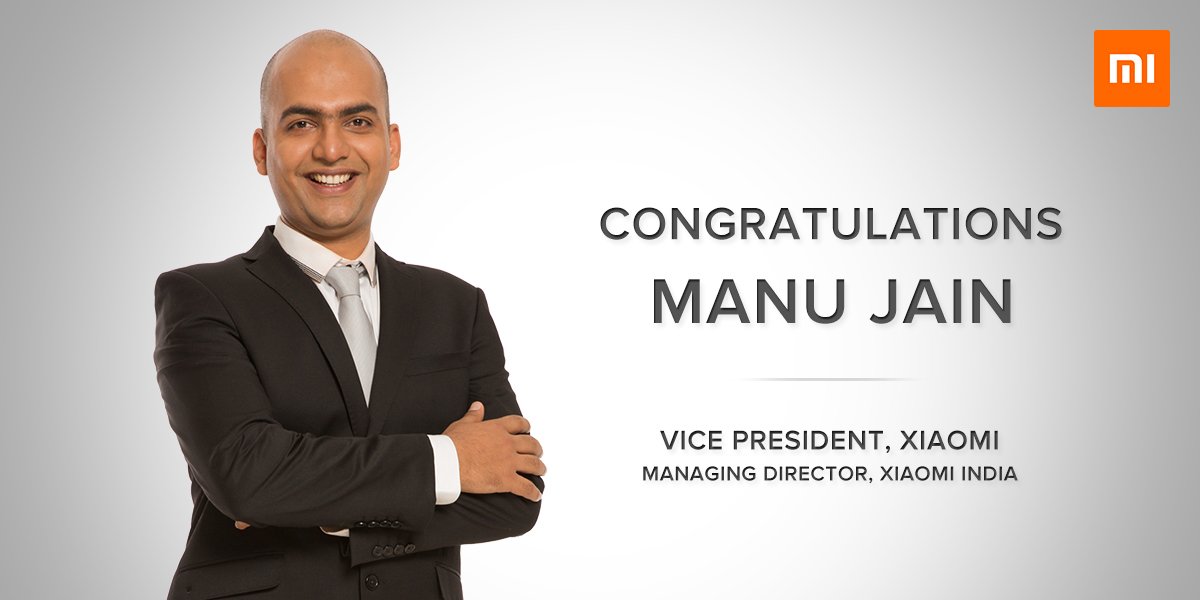 Prior to start his stint with Xiaomi India back in June 2014, Manu was associated with Jabong as co-founder and Managing Director. Xiaomi tweeted the news from its official Twitter account.  The tweet reads:

The company tweeted on Friday from official Mi India account:

@manukumarjain, congratulations from the entire Xiaomi family on your promotion to Vice President of Xiaomi!

Thank You my phenomenal @xiaomi @XiaomiIndia family! I am so glad I got the opportunity to work with the best team on the planet

Before Manu,  Hugo Barra was the Global VP of Xiaomi who submitted his papers to the company last month to join Facebook as the VP for the Virtual Reality team.

DO NOT MISS:   Redmi Note 7 Sets to Have Night Scene Camera Mode

Follow Us
Latest posts by Sumant Singh (see all)
DO NOT MISS:   Xiaomi To Launch Xiaomi Max Smartphone With 6.4 Inch Display