All this started, when Twitter, the micro-blogging website allegedly suspended the account of Hollywood actress Rose McGowan for raising her voice against a noted Hollywood filmmaker Harvey Weinstein, who allegedly sexually harassed or assaulted well over a dozen women, including McGowan.

As soon news erupted of her account being suspended, people stormed twitter in actress’ support by trending hashtag #WomenBoycottTwitter. Since then the hashtag has been circulating across the social media service, reportedly, started by a software engineer named Kelly Ellis. 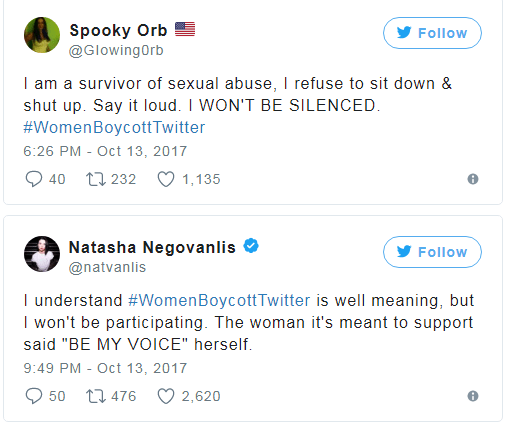 Later on, Twitter clarified their stand and said that McGowan’s account was suspended because one of her tweets contained a private phone number, which violated the company’s terms of service.

On Friday, Twitter CEO Jack Dorsey finally opened up on the issue. He acknowledged that Twitter needs to be a lot more transparent in our actions in order to build trust. 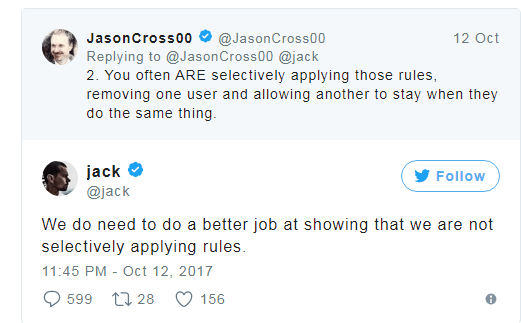 “ We stand with the brave women and men who use Twitter to share their stories, and will work hard every day to improve our processes to protect those voices.”

Twitter’s clarification didn’t make any difference as people continued bashing up twitter with #WomenBoycottTwitter. Users are now accusing Twitter for being biased in applying its rules to censor some accounts and not others. Internet users cited example of the U.S. President Trump who quite frequently create controversy through his tweets.