A brand new and most awaited feature is set to debut on WhatsApp that will allow users to revoke or unsend sent messages. The messages revoked will be deleted from both the recipient and senders end. Along with message unsend, users are also given a message editing feature which will allow them edit a message before sending. 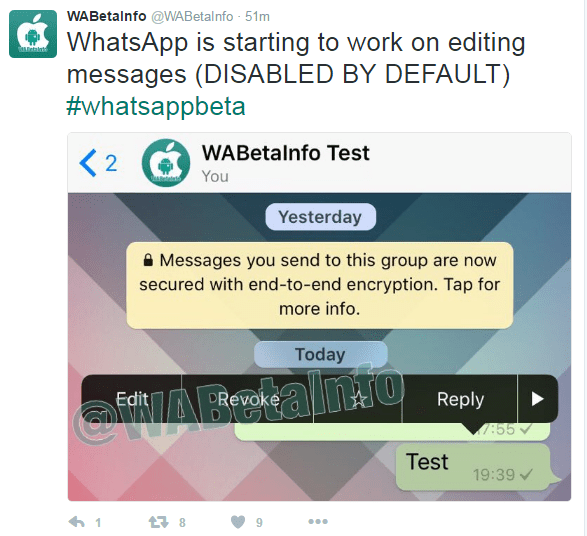 The features will be available soon for the users who are using WhatsApp iOs version 2.17.1.869.  Once up,  users on iPhone can now see a separate revoke option which when clicked, revoke the sent messages and delete them from both ends.

The revoke feature will also work for images and videos sent through the app. WhatsApp hasn’t officially announced when feature will be rolled out for all, but it seems iOS users may get the feature first.

WhatsApp announced more about the feature via their official blog. It reads:

“While these mobile devices have been an important part of our story, they don’t offer the kind of capabilities we need to expand our app’s features in the future. This was a tough decision for us to make, but the right one in order to give people better ways to keep in touch with friends, family, and loved ones using WhatsApp.”

To activate the feature, a user is required to go to Settings and enable the ‘Undo Send’ button.

Follow Us
Latest posts by Sumant Singh (see all)
DO NOT MISS:   WhatsApp Quietly Testing Group Voice Calls in Next Update