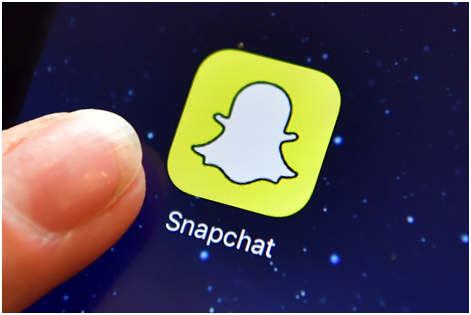 The WhatsApp messenger application allows the users to type status messages that can be seen by all the people who are present in the contact list of the user. The status must contain only limited amount of characters and the users can add the emojis in the status.

The instant messenger app frequently updates the app with new features and advancements that makes it easy for the users to access the app. The Facebook owned messenger service is used by billions and billions of users, and a review shows that the users accessing the smartphone has increased and that about seventy percent of the time spent by an individual is to access the messenger app.

The new updates that are added in the app is also expected to attract more users to use the app. Moreover, all the major and minor things are shared over the messenger platform because of the end to end encryption service and instant message passing service.

The WhatsApp instant messenger app was acquired by Facebook in 2014 for nineteen billion dollars, and when the Facebook CEO gave an interview regarding the new acquisition he said that his idea of acquiring the messenger platform is to magnify the service of the app to reach the social status.

The voice call feature through the WhatsApp messenger platform was launched after the acquisition of the platform, and furthermore the app has evolved with magnificent changes and has become user friendly. The feature like sharing the text messages, PDF, GIF and videos are the features of the messenger app that makes it popular among the users and so the user base of the app has been increasing each day and there are new users registering with the app each day.

The new features or advancements and modifications that are made by the app developers and the founders are leaked by an online source called WABetaInfo. This online place recently revealed yet another update about the instant messenger platform and it said the founder of the WhatsApp Inc. service will enable the users to reply for the status messages posted by their friends.

The main purpose of WABetaInfo is to collect beta updates and reports of the instant messenger app and reveal it to the world. On the official Twitter page of the WABetaInfo they have posted that the instant messenger will soon allow its users to respond to the status messages that are posted by their friends and others in the contact list. It even shared a screenshot of the beta version of the new feature that is developed by the instant messenger platform for the Windows device of version 2.17.40+.

The users can respond to the text in the new feature of the app that is similar to the Snapchat Stories. And this feature is seen in the Windows version 2.17.40 and they are planning to enable the mute feature that in the app that is in the beta level for the Android devices of version 2.17.46.

The new feature of the app is tested in different versions of the iOs and Android version and the main aspect of the feature is to notify the users when the contacts change their status. So, if a friend of the user changes their WhatsApp status, the user will instantly receive a notification about the status message update.

Snapchat messenger app has an interesting feature that was launched a couple of years back, where the users can reply to the status messages. The Snapchat stories reported that the users can add captions or explain about the message they have conveyed in the status bar and can share it to all the members in the contact list.

The WhatsApp also has planned to launch a similar service that allows the users to send reply to the status message posted by the other person in their contact list. The feature is still in the beta stage and it is rooted to the iOs and Android mobile devices.

More features can be expected in the future

Only a few weeks back, the instant messenger app announced that the Android users can share their location details with their family and friends present in the contact list and now there are even more news about yet another update.

The reason for the app to introduce new feature and advancements in the app is to attract the users new users and maintain the existing users. The WhatsApp cross platform app seems to be the leading messenger application that is used by almost all the users across the world. Because the app is accessed globally by all the users, the app is designed in multilingual format.

This gives an added advantage for the users to use this messaging service to share information with the other users.

The other new update released by the app is that it allows the users to replyfor the status message posted by the friends. The messenger platform has been in the testing phase and is still in the beta stage and they are testing in almost all the versions of the Apple and Android devices. Alsoi the update will include the other features like the ability to delete the status within twenty four hours and the push notification.

When it comes to the interface, the platform plans to improve the design of the application by adding a unique tab for the Status along with the other existing tabs like the Contacts tab, Calls and Chats and there may be even more efficient features included in terms of the user interface of the messenger application.

Also the live location sharing feature includes the ability to send notification message when the device batter is low during the live call, so that the other person can know if the call gets disconnected.

Similarly the beta version of the iOs 2.17.3.28 gives the ability for the user to save the images and photos from the application and store them in a separate folder in the camera. The WhatsApp users can watch out for more updated and trendy features in the future that will help them to simply their work and deliver the messages and other media files instantly.

Anand Rajendran is the Co-Founder and CEO of Dectar a well-known Software products development and Mobile App Development Company based in Chennai, India. He has extensive experience in building and leading innovative and collaborative software development teams to deliver major software applications knowledge with others. View all posts by Jay Baruchel