Twitter has been putting all its efforts to make its microblogging platform better for its global users. And now, the CA based company has launched a new Twitter Lite app for the users. Twitter is reportedly testing Twitter Lite app for Android that uses less mobile data to work.

Twitter Lite Mobile App for Android, the app version of Twitter’s mobile website, will help Twitter gain users in emerging markets where data networks are often slower and more expensive for consumers to use.

Twitter confirmed the news to Tech Crunch and stated that the app is currently under testing in the Philippines. The app can be downloaded as a standalone app from Google play on the devices running Android 5.0 and up. 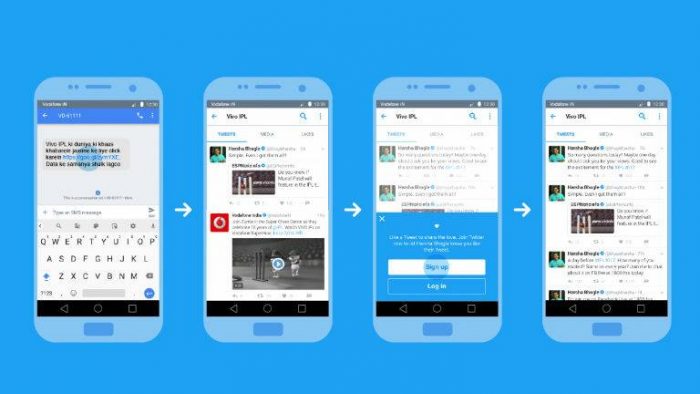 The Twitter Lite App will offer support to both English and Filipino and is usable on 2G and 3G networks as well. A Twitter spokesperson said that the app is an experiment and the company will decide whether to launch it in further markets.

The spokesperson shared the details and said:

The app appears to have most of the basic Twitter functions we use on its standard mobile apps viz. breaking news, sports scores, and entertainment updates, Timeline, Notifications, the Explore tab, Messages and to customize your profile.

To tame the data consumption, the Twitter Lite Mobile App for Android will have a media-free mode to allow users to select specific images and videos for downloading. Twitter sources said that the Twitter Lite app uses up to 70 percent less data and launches up to 30 percent faster.