To stay competitive, Twitter has added so many features to its social platform in recent times. Now, the micro-blogging site has added read receipt in direct messaging (DMs).

Just like WhatsApp, people will now see a blue tick next to their message’s timestamp, once the message gets delivered  This blue tick will indicate that recipient has read the message. Twitter confirmed the update via its official Twitter handle. Currently the feature is live for its Android and iOs apps, and will be rolled out for Twitter’s Desktop app soon. 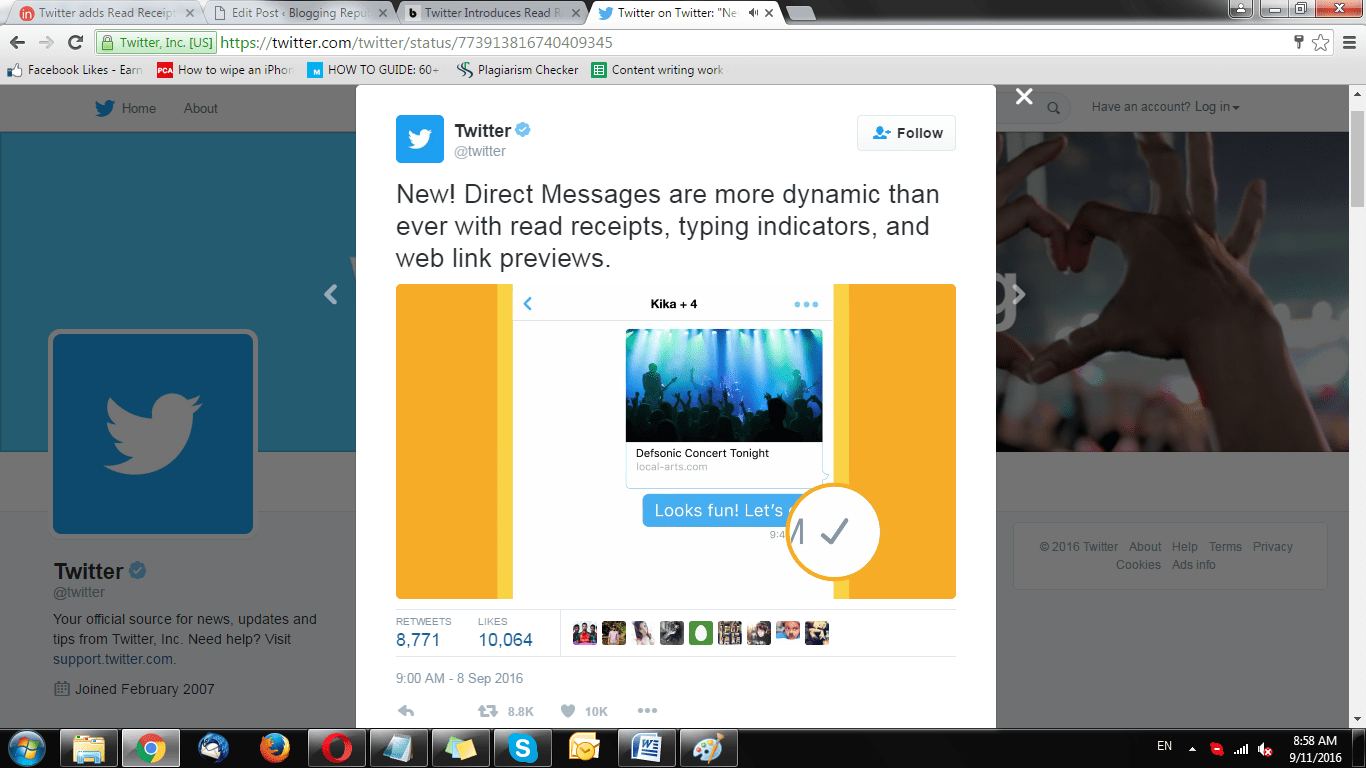 Though, feature is up for all, you can deactivate it if you don’t want to utilize it. To deactivate the read receipt feature, tweak the settings:

Besides read receipts, Twitter has also added typing indicators and web link previews. Similar to Facebook and WhatsApp, Typing indicators will indicate that a user is currently typing a reply to your message.