It’s almost a fortnight when Twitter released Twitter Moments, a feature into Twitter that allows you to follow your favorite TV shows, news events along with the people who have their says about that. Now, the social networking giant has decided to introduce ads to its curated content stream. The step has been taken to push Twitter’s monetization strategy.

The ads will start appearing in the Moments from coming Sunday and upcoming movie ‘Creed’ would be the first promoted campaign. The feed that appears in the Moment is organized and curated by a team of content editors at Twitter. 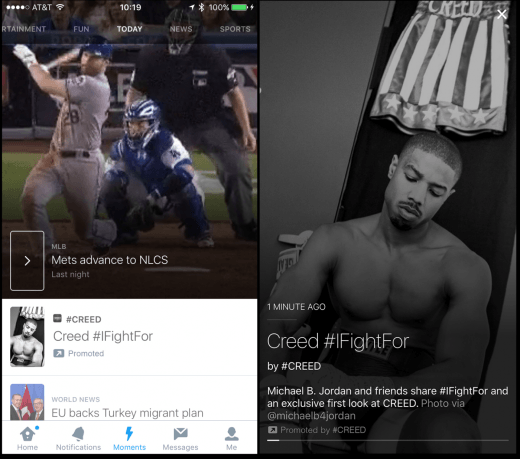 Currently, Twitter ties up with media juggernauts BuzzFeed, The New York Times and Vogue to curate their own Moments, and now advertisers will be able to do the same. Officials from Twitter said the step a beginning of integrating brands into the Moments feature.

Follow Us
Latest posts by Sumant Singh (see all)
DO NOT MISS:   Twitter Bookmark Feature is Being Rolled Out Globally