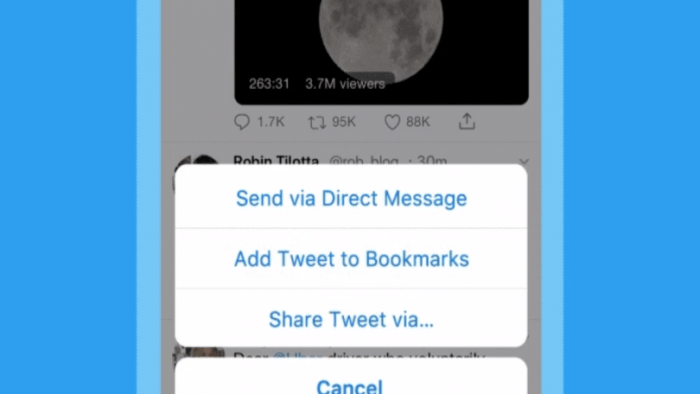 DO NOT MISS:   BCCI Teams Up With Twitter To Offer Match Updates Via Missed Calls

“We tweeted ongoing updates as we built Bookmarks so we could incorporate your input as we worked. By working this way, we learned that you like to save replies so you can answer later and that you may share a Tweet hours or days later after you’ve bookmarked it.”

You can even remove tweets from your Bookmarks at any time.  Another major highlight of the feature is that only you can see what you’ve bookmarked.

Natasha is a freelance technical writer based at Ohio. She is a renowned tech blogger, review writer and apt digital marketer. When not at her workstation, she could be found wondering the sea beaches finding snarls.

DO NOT MISS:   Twitter Slaps A Legal Case On US Government Over Transparency Reports