Tech giant Apple has plans to unveil its latest operating system iOS 12 beta for iPhones and iPads later in the year. Yet, public beta version of the OS is now available for download for testers. There are strong signals that upcoming iOS 12 Features will bring notable improvements to quality and performance.

iOS 12 will support almost every version of iPhones and iPads released since 2013. 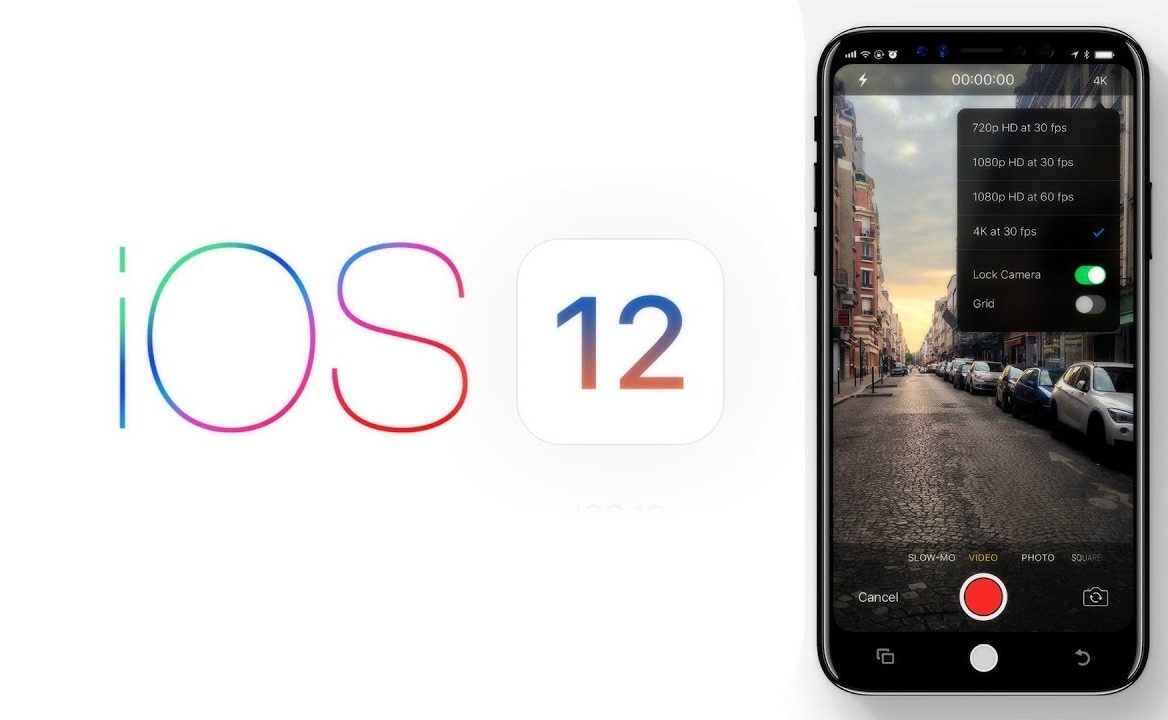 As stated, iOS 12 is designed and developed with focus on improvement to quality and performance. Following are some of the latest iOS 12 Features that will be compatible to all iPhones and iPads.

aim to doubling down on performance. With the latest version of operating system, apps would launch up to 40 per cent faster. Simply put, everything that supports iOS 11 will support iOS 12. (contd.: latest iOS 12 Features)

With iOS 12, Apple will bring a new file format called USDZ. The format file is meant for AR based files. Apple worked with Pixar to make the new file format. The format works in multiple apps and is widely supported by tech giants like Adobe and Autodesk. With feature in place, iOS app will let users take images and text and put it in AR.

With iOS 12, Apple takes AR at a new level. The new AR measurement tool called Measure can measure and detect real-world objects. The app has two tabs namely measure and level with additional features like a camera view, which lets you tap, drag a line, and measure.

DO NOT MISS:   Facebook Live Video Feature Now Available To Every iOs / Android User In India

Apple Photos will also get some notable improvements with latest iOS 12 Features. Apple Photos brings a new “For You” tab with an “On this day” section featuring existing memories, looping Live Photos, Portrait photos, and more. Users may also use different photo editing tools that ‘For You’ tab suggests. The updated Apple Photos app allows users perform multiple search terms and get suggestions for multiple search terms.

The update gets a new Shortcuts app that enables users have an “Add to Siri” button that works with your own search phrase. You tap it, record a custom phrase, and then you can say it to Siri. Siri will execute the task as per the instructions given. (contd.: latest iOS 12 Features)

For news lovers, Apple News is getting a new “Browse” tab and a new sidebar on the iPad. Apple News is now getting built into Stocks as well.

Apple’s iOS 12 gets an updated ‘Stocks app’ with Apple News tucked inside. So, now you browse latest news capsules while checking out your investments portfolio. The feature is coming to iPad as well.

Apple has made major improvements to its Voice Memos. The app is now completely rebuilt and coming to the iPad and Mac. Voice Memos also support iCloud so you can sync recordings, Apple added.

Apple Books is now coming with a new name and a new design. The app gets a new “Reading now” section that will show you where you were left off.

Notifications improvements will also be an integral part of this latest update that brings a slew of latest iOS 12 Features . A new “Do not disturb during bedtime” function will hide notifications on a device’s lock screen at night. By hard pressing this function users can easily set a time limit for it as well.

DO NOT MISS:   Apple Pay Cash Feature is Rolling Out for iOs 11.2 Beta

Screentime is an innovative feature that’s coming to this update. The new iOS feature will show you how much you use your phone with a weekly activity summary with a graph. Users can also set time limits for each app.

The feature will show you various stats about your app use including how long you are using each app for, when you’re using each app, how often you unlock your phone, and which app serves up the most notifications. Using the feature, you can also limit how much you use an app each day.

With the update, Apple brings Tongue Detection feature to Animoji. Another new addition to the update is a Memoji feature. The feature helps you make an Animoji of yourself by selecting your skin colour, hair, etc.  Then, you can pull up the camera in iMessage to add effects. Users can also do a live recording of the Animoji.

Apple’s iOS 12 beta will now allow users do group FaceTime calls with up to 32 people. Apple will ship this feature in a future software update later this year.