Tired of seeing your android smartphone stopped from running and switched off suddenly?  There may be several reasons why you phone suddenly started working in an ambiguous manner. These reasons should be scanned through deeply and fixed immediately.

I am listing here 5 Best Android Apps to fix the common phone problems. These android apps are freely available for download and Install on the Google Play Store. Greenify apps addresses the most common problems of all android users- draining battery. Most of us have complains about our fast draining phone batteries irrespective of the devices we use. The embarrassing part is that we get notice of it when our device suddenly goes off.

Besides closing the inactive apps, Greenify app utilizes ‘Force Stop’ utility of Android to prevent apps from self starting in background.

The app saves a huge chunk of memory power while you’re travelling and keep using your phone for long hours. 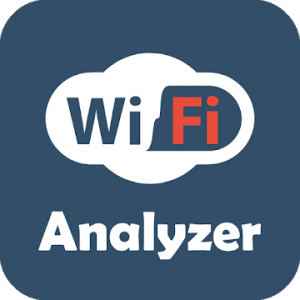 Wi Fi analyzer, as name implies, is an app that helps in choosing the right WI Fi connectivity when you’re at a place with multiple Wi Fi connections.

The app scanbs through all the connections available and tells you about the less crowded one for your router. The app packs more features to unearth compares to other Wi-Fi optimizer tools. Phone Doctor Plus is a well-known Android Diagnostics App that checks your Android phone health and presents an actionable report.

The app is built with several tools that test and report the performance of every individual component of the an Android smartphone.

The app receives 4.5 rating on the Play Store for its ability to maintain and track and record the battery charge cycle and data usage. It overly helps users to avoid any over-usage or misuse of the phone battery.

In Addition, Phone Doctor plus helps to optimizes memory access speed and curtail and fix crashing issues with your phone. The System Repair app for Android thoroughly checks the Android devices to find the snags and fix them immediately.

This is one of the best apps available to fix the most Android phone issues. As said, the app quickly scans and repairs the glitches in the system immediately to ensure uninterrupted phone functioning.

The Android fixing app deeply scans the system for potential Android errors that may halt the phone. Like our first app in the list, Kaspersky Battery life is also an Android app that fixes the battery draining issues. If you are among those who frequently plug chargers in their phones, you should have this app installed.

DO NOT MISS:   17 Commonly Used Gadgets for Travel Ninjas

Kaspersky scans through the apps running behind the wall and find which apps are spoiling the battery.

The app flashes automatic alerts to notify you if certain app (s) suddenly starts and starts consuming battery power. Upon receiving the notification, you can decide over to stop or continue with that app.

The app has a very cool feature that tells accurate prediction of how much charge is left in your device’s battery.  The app displays the unit in hours and minutes.